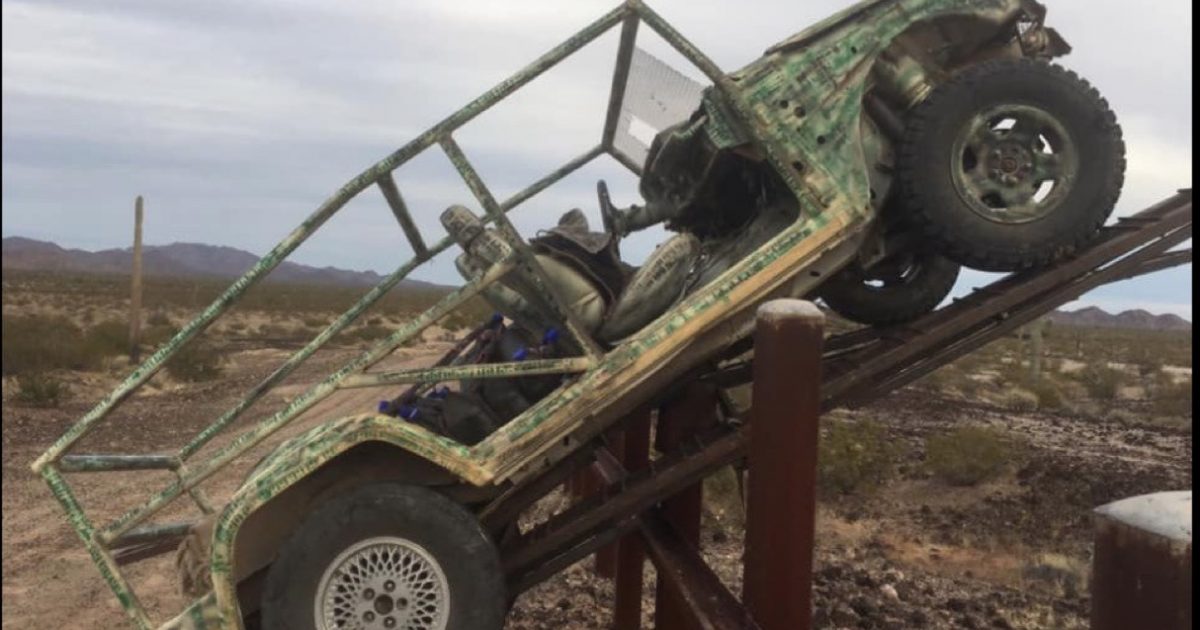 Drug smugglers are targeting remote areas along the U.S.-Mexico southern border to carry their cargo into the U.S.

The latest attempt occurred in a remote desert area in Arizona.

President Trump includes illegal drugs coming from Mexico as part of his justification for border security and construction of a border wall.

Drug overdose deaths rose above 70,000 in 2017, an increase of almost 10 percent to a record high, according to government statistics out Thursday.

From the U.S. Customs and Border Protection press release:

The helicopter crew spotted a modified Jeep Cherokee, containing 11 people and several suspected bundles of marijuana speeding south toward the international boundary, where limited border security infrastructure is in place.

After a failed attempt to drive across a makeshift ramp, the Jeep became stuck on the post and rail vehicle barrier, and the occupants fled into Mexico with the suspected marijuana.

Despite photos and data documenting the crisis along the southern border, Democrats and the anti-Trump media continue to deny the evidence that drug smugglers use remote areas to get their illegal cargo into the U.S.