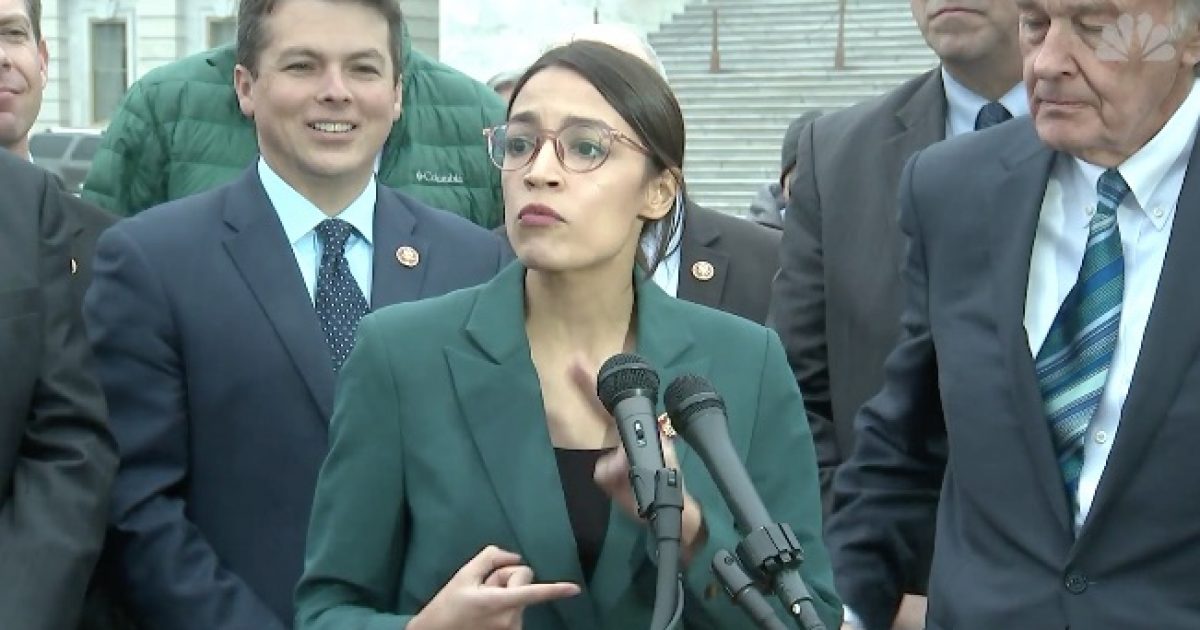 The absurdity of the Green New Deal is a tremendous political gift to Republicans. The environmental goals of the plan alone will dramatically reduce the use of fossil fuels in ten years, replace air transportation with high-speed rail, rebuild all U.S. buildings, and somehow address cow carbon emissions by presumably aggressively discouraging dairy and meat consumption. This is the effort of delusional minds completely out of touch with reality and American values.

The Green New Deal is an affront to liberty and a wake-up call for Americans and American businesses to the perils of socialist Democrats who seek to control every aspect of our lives. The good news is that the gains Democrats made with suburban voters and political independents who gave them control of the House of Representatives can be reversed when the consequences of this policy become widely understood.

Labor unions, a key voting bloc for President Trump in Midwest swing states, are expressing deep concerns about the New Green Deal. The United Mine Workers, whose members suffered from Obama’s war on coal, are sensitive to radical environmental policies. A coal union spokesman said in response to the resolution, “Our members are worried about putting food on the table.”

To end the madness, Republicans must drive a stake through the heart of the Green New Deal by reminding voters of Obama’s clean energy errors and recent examples of transportation failures, as well as problems from the limitations of renewable energy.

To recap, Obama threw about $90 billion of federal stimulus money to jump-start the clean energy economy. The results were disastrous. Many companies that received grants and loans under Obama went bankrupt. After losing billions of taxpayer dollars on clean energy projects, companies such as Fisker Automotive, Solyndra and A123 Systems became household names and poster children for Obama’s clean energy debacle.

While the percent of wind and solar power is rising following the Obama years, these sources of electricity currently only deliver about ten percent of the U.S. supply, reaching an estimate of seventeen percent in 2020.

Accordingly, the Green New Deal has an impossible amount of ground to cover in ten years. Reducing traditional forms of energy for electricity generation will be expensive and increase the possibility of power shortages.

Tinkering with the energy mix is harming the region. All six New England states made the top ten list of the most expensive states for electricity.

Most concerning, during the recent polar vortex, solar and wind power provided less than five percent of energy for electricity generation, about half of its regular contribution. ISO-New England, the nonprofit that controls the region’s electric power grid, is concerned about future electricity shortages because of the loss of traditional forms of energy.

Obama’s dreams of a high-speed rail line never developed, despite an $8 billion investment from his economic stimulus package. A number of states didn’t want the project, and California significantly cut back its high-speed rail plan.

California Democrat Gov. Gavin Newsom just radically modified the high-speed rail line that was going to connect San Francisco with Los Angeles. Instead, the governor cut back the rail project to link Bakersfield to Merced, stating the original plan was too costly and would take too long.

Senate Majority Leader Mitch McConnell R-Ky., wants the Senate to vote on the Green New Deal resolution. Essentially, McConnell is setting a political trap by getting Democrats’ views of the resolution on record.

Markey claimed the vote is an effort “to sabotage the movement we are building” and “to silence your voice.”

The problem for Democrats is that money can’t change the laws of physics.

The new wave of socialist policies advocated by the extreme and radical elements in the Democrat Party is going to backfire big-time on Democrats in the 2020 elections.