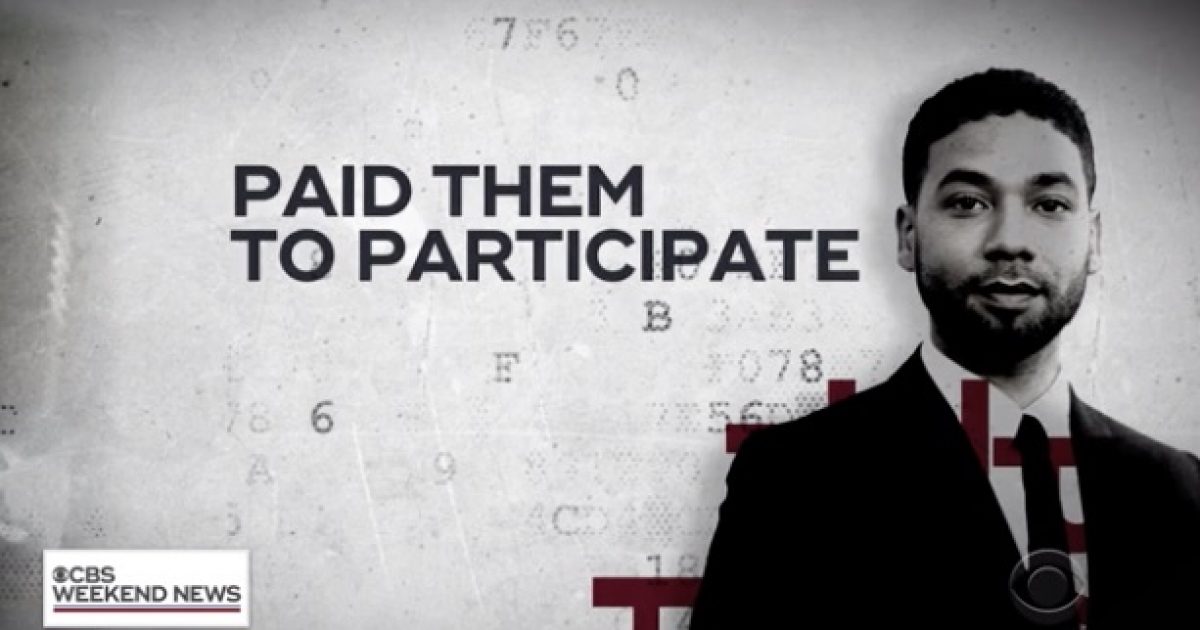 Actor Jussie Smollett was arrested for charges relating to giving a false report to police over being a victim of an assault.

Jussie Smollett, the “Empire” actor who said he was the victim of a hate crime, was arrested on Thursday morning on charges of staging the assault he reported to Chicago police in January.

Anthony Guglielmi, the chief spokesman for the Chicago Police Department, said early Thursday that Mr. Smollett was “in custody of detectives,” just hours after a grand jury heard evidence on Wednesday that Mr. Smollett falsely reported being attacked and local prosecutors charged him with a felony count of disorderly conduct. A representative for Mr. Smollett did not respond to a request for comment.

Following his claim about being assaulted, Democrats were quick to politicize the incident with some blaming President Trump because Smollett claimed the attackers were wearing MAGA hats.

Rep. Maxine Waters, D-Calif., not only believed black and openly gay actor Jussie Smollett’s tale of being attacked by two N-word-spouting homophobic Trump-supporters, she — and many other big-name Democrats — knew exactly whom to blame.

Waters said: “I know Jussie. I love him. His family’s a friend of mine. I know his sisters, I met his mom and I called already to Jazz, one of the sisters, to talk to her about what’s happening, what’s going on. … I’m pleased that he’s doing okay. But we have to understand this is happening for a reason. Why, all of a sudden, do we have people unable to study while black, unable to mow a lawn while black, unable to have a picnic while black, and being attacked? It’s coming from the President of the United States. He’s dog whistling every day. He’s separating and dividing, and he is basically emboldening those folks who feel this way.”

Police questioned two men who were connected to the attack and CBS News in Chicago reported on a video of the men buying clothing. The men told police Smollett paid them to play a role in the incident.

The two Nigerian brothers arrested in connection with the assault on “Empire” actor Jussie Smollett are no longer suspects in the attack. They’re now cooperating with police.

A source close to the investigation confirms to CBS News the brothers told detectives Smollett paid them to participate in the alleged attack on January 29 and that they purchased the rope — which was found around Smollett’s neck — at a nearby hardware store. The source said detectives have evidence to corroborate the sale, something the men’s attorney alluded to Friday night.

CBS 2 has obtained video of two men linked to the attack on “Empire” actor Jussie Smollett buying a red hat and ski masks from a store the day before the assault.

The video shows Ola and Abel Osundairo placing the masks and a hat on the counter. Smollett has claimed two men wearing a similar hat and masks attacked him on Jan. 29 in Streeterville, according to police. CBS 2’s Charlie De Mar made multiple phone calls and visited several stores to obtain the video.

It also appears Smollett sent a threatening letter to himself and according to police, his motivation was because he wasn’t happy with his salary.

Police said in a press conference hours later that Smollett sent a fake letter to himself and staged a hate crime attack in Chicago because he was “dissatisfied with his salary.”

“This announcement today recognizes that ‘Empire’ actor Jussie Smollett took advantage of the pain and anger of racism to promote his career. I’m left hanging my head and asking why,” Chicago Police Supt. Eddie Johnson said.

If found guilty, Smollett must serve time in jail because his claims distracted police from investigating real and serious crimes in Chicago.