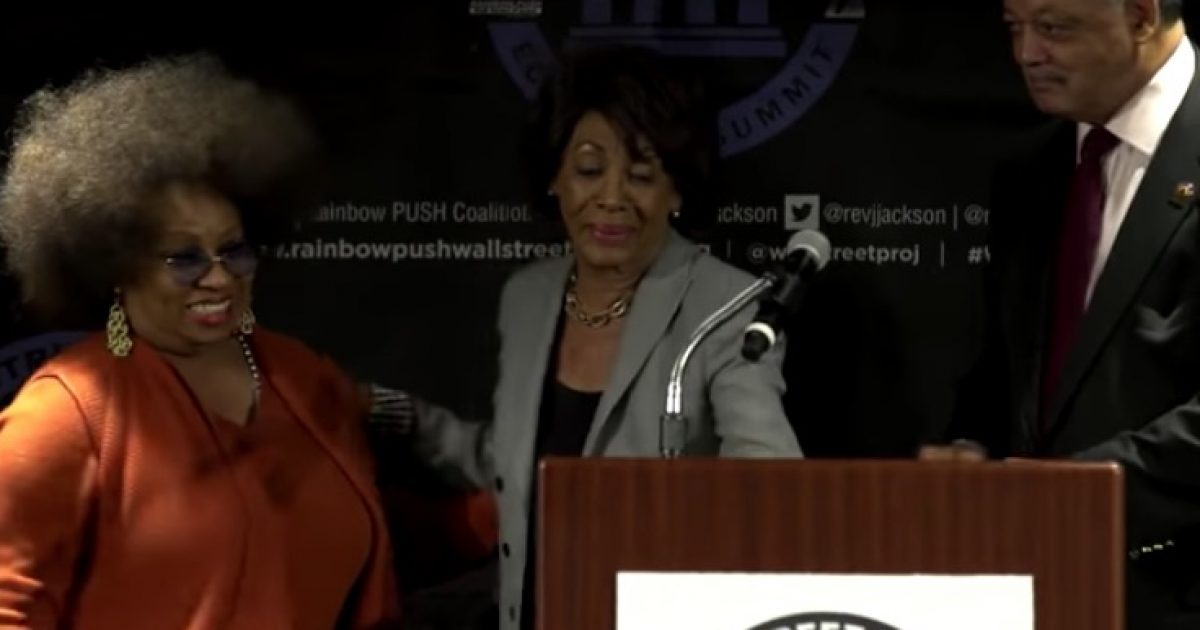 California Democrat Representative Maxine Waters is flexing her muscles now that she is the House Financial Services Committee Chairwoman.

Addressing an audience at Jesse Jackson’s Rainbow PUSH Wall Street Project event, Waters exclaimed, “A black woman has the gavel now,” referring to her new committee role and her vows to take on Wall Street.

“I want this day to go down in honor of Rev. Jesse Jackson,” Waters told attendees, “in ways that is described as this is a new day.

“And I’ve lived too long, experienced too much, struggled too hard not to use it. They will hear the sound of my gavel all over the world!” she said.

Waters, a constant critic of Wall Street, promises to subpoena and scrutinize CEOs of the nations big banks.

Waters, a vocal critic of Wall Street who has openly feuded with President Trump and who took over the financial panel’s gavel this year, said she intends to use her position to have representatives from the nation’s largest banks testify.

Hearings are expected by spring and Democrat lawmakers are already setting the tone for what to expect.

The details of the hearing, anticipated to happen by this spring, have not been finalized, but lawmakers and bank representatives are expecting it.

The banks that are seen as likely to be invited to participate include JPMorgan Chase, Bank of America, Citigroup, Wells Fargo, Goldman Sachs and Morgan Stanley. Spokespeople for several of the banks declined to comment, and others didn’t respond.

In a preview of the kind of tone the lenders should expect to face, Rep. Emanuel Cleaver (D-Mo.) told POLITICO he wanted to hear from the executives “why we bail them out and can’t experience any meaningful support from them in times of trouble.”

Democrats are on a roll by advancing unrealistic resolutions such as the Green New Deal to attacking the banking industry.

Democrats gone wild is a fitting description of their agenda.