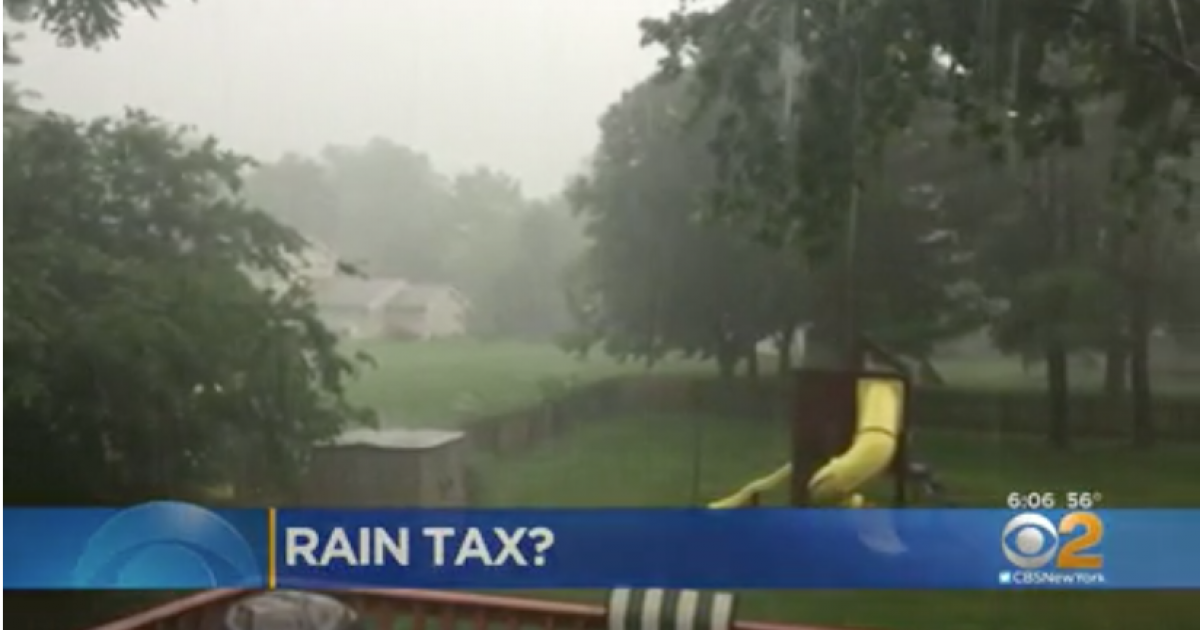 High tax state New Jersey is set to impose another tax on its residents.

The state is poised to establish a new tax to address stormwater management.

Critics call it a “rain tax.”

New Jersey is one of the highest taxed states in the country.

Now, residents and businesses could be taxed extra … when it rains.

Save it for a rainy day. Some of your hard-earned dollars may be taken away as the weather turns ugly and rain drops fall on the Garden State. A new bill calls for the creation of local or regional storm water utilities, giving local counties and municipalities the power to collect a tax from properties with large paved surfaces such as parking lots, CBS2’s Meg Baker reported.

An Op-Ed published last December described the need for the stormwater utility:

A stormwater utility is generally regarded as the most effective — and most equitable — model to address this threat. It is a local, dedicated fund that is treated like water, sewer, electric or other utilities. A stormwater utility assesses a small user fee based on how much hard surfaces such as concrete, rooftops or pavement are on a property. The legislation mandates that no more than 5 percent of the funds can be used for general operations and administration, ensuring that the money is used as intended — on stormwater projects that improve the community

The “rain tax” could not have come at a worse time for New Jersey as more of its residents are moving out of the high tax state to lower tax states.

New Jersey leads the nation with residents moving out based on a 2016 survey.

For the fifth consecutive year, New Jersey has the dubious distinction of ranking as the No. 1 state residents have left behind, according to a new survey.

The Garden State placed first as the “most-moved-from” state in the United Van Lines 40th Annual National Movers Study, released Tuesday. In 2016, 63 percent more residents were moving out of New Jersey than people moving in, according to that survey, which tracks customers’ state-to-state migration patterns over the past year.