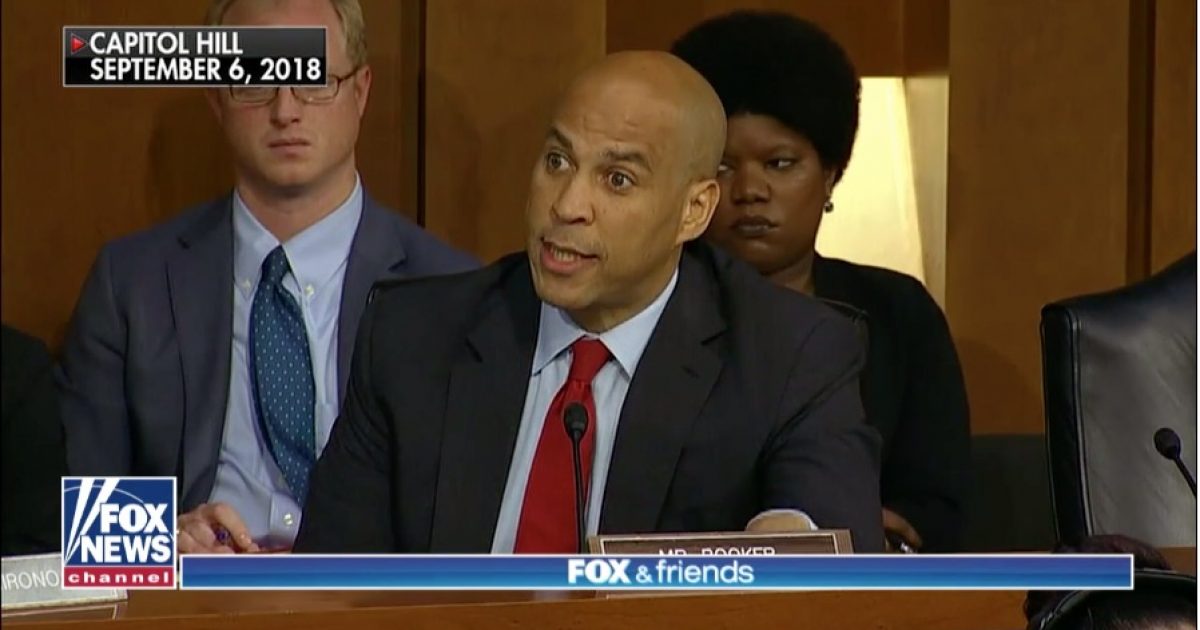 New Jersey Democrat Senator Cory Booker sees an animal-based diet as a threat to the planet.

Booker, who recently announced a 2020 presidential run, said he would be the first vegetarian president.

These days, Booker says, we may all be heading toward a vegan diet because, in his view, meat consumption is not sustainable in the future.

“You see the planet earth moving towards what is the Standard American Diet,” he told VegNews. “We’ve seen this massive increase in consumption of meat produced by the industrial animal agriculture industry.

“The tragic reality is this planet simply can’t sustain billions of people consuming industrially produced animal agriculture because of environmental impact. It’s just not possible, as China, as Africa move toward consuming meat the same way America does because we just don’t have enough land.”

The news story notes Booker’s views on diet are backed by policies he wants to advance using “public health” as justification.

Consistent with his views on the impact of diet on the environment, Booker supports the Green New Deal.

Sen Cory Booker defended his sponsorship of the controversial Green New Deal proposal to combat climate change by comparing it to defeating the Nazis in World War II and landing on the moon.

The presidential hopeful addressed recent backlash to the radical plan unveiled earlier this week while speaking to a crowd of about 100 people on Friday morning at a campaign event in Mason City, Iowa.

‘There’s a lot of people now going back on the Green New Deal, they’re like: “Oh it’s impractical, oh it’s too expensive, oh it’s all of this,”‘ Booker said.

On another note, Booker said if he became the Democrat nominee for president he would seek to select a woman as his vice president running mate.

Sen. Cory Booker (D-N.J.) stressed the diversity of the Democratic presidential field Tuesday night, adding that while he does not want to “box himself in” so far away from Election Day, he would be “looking at women first” as a running mate should he become his party’s presidential nominee.

“We have such a great field of leaders, I think you’ll rarely see a Democratic ticket anymore without gender diversity, race diversity,” Booker told MSNBC host Rachel Maddow. “It’s something we should have. I’m not going to box myself in, but should I come to it, you know I’ll be looking to women first.”

Booker’s attack on the meat and dairy industry and his support for the Green New Deal is an attempt to appeal to the Left-wing base in the Democrat party.

Such extreme positions, however, will limit his ability to win the presidency if he was to become the Democrat nominee.