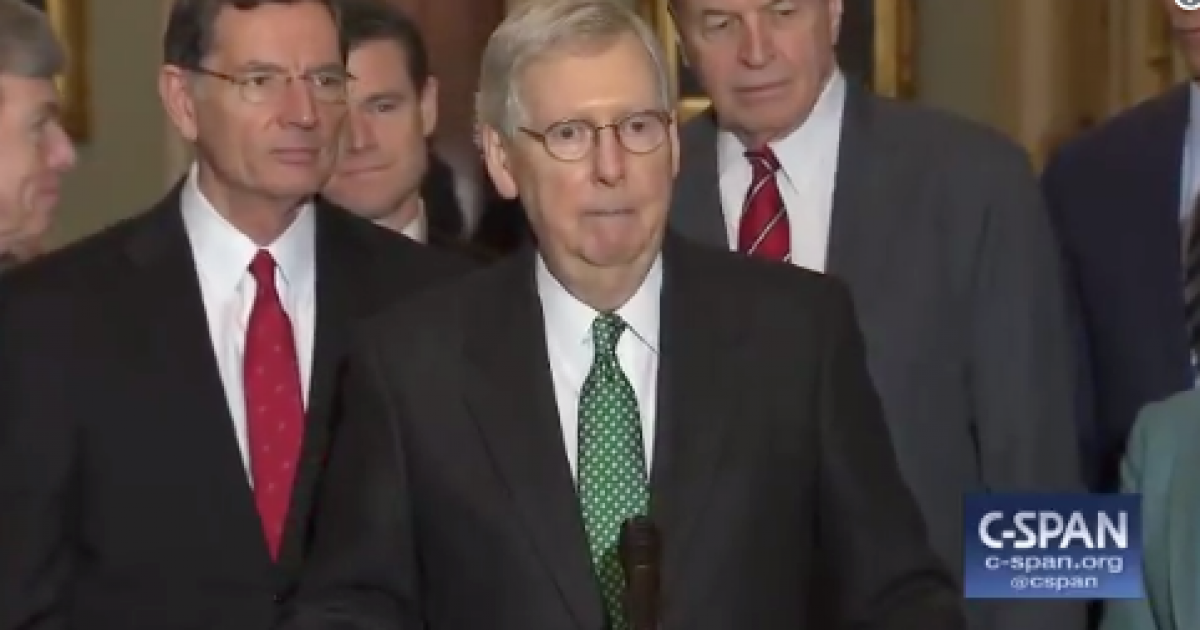 The joint resolution by Democrats was proposed last week by New York Rep. Alexandria Ocasio-Cortez and Massachusetts Sen. Ed Markey. They’ve offered a non-binding resolution intended to set the tone for legislation addressing climate change and economic inequality. It includes a range of goals such as a shift to renewable energy sources, carbon neutrality by 2030, and a federal jobs guarantee.

.@Senatemajldr: "I've noted with great interest the Green New Deal. And we're going to be voting on that in the Senate. Give everybody an opportunity to go on record and see how they feel about the #GreenNewDeal." pic.twitter.com/1HP5lSDjzM

McConnell is facing backlash over the decision.

Don’t let Mitch McConnell fool you: this is nothing but an attempt to sabotage the movement we are building. He wants to silence your voice so Republicans don’t have to explain why they are climate change deniers. McConnell wants this to be the end, this is just the beginning. https://t.co/GUxJ5HG2jb

Rep. Liz Cheney (Wyo.), chairwoman of the House Republican Conference, said a vote would help the American people learn where lawmakers stand on the nonbinding resolution that she and others have painted as a socialist plan that would ruin the economy.

“We think Democrats need to be held accountable,” Cheney told reporters Wednesday. “If they support this as they say they do, and as their presidential candidates do, then let’s have a vote on it and see to what extent they’re all going to get behind moving toward this kind of fantasy.”

While the Democrat field for 2020 presidential candidates continues to grow, calls for a vote on the Green New Deal would put Democrats running for president on record and will force them to explain and defend this extreme resolution.

“We’ll give everybody an opportunity to go on record and see how they feel about the Green New Deal,” McConnell told reporters.

Multiple Senate Democrats are running for president in 2020, and McConnell and his colleagues think the vote is an opportunity to highlight what they see as extreme positions among the candidates running against President Trump.