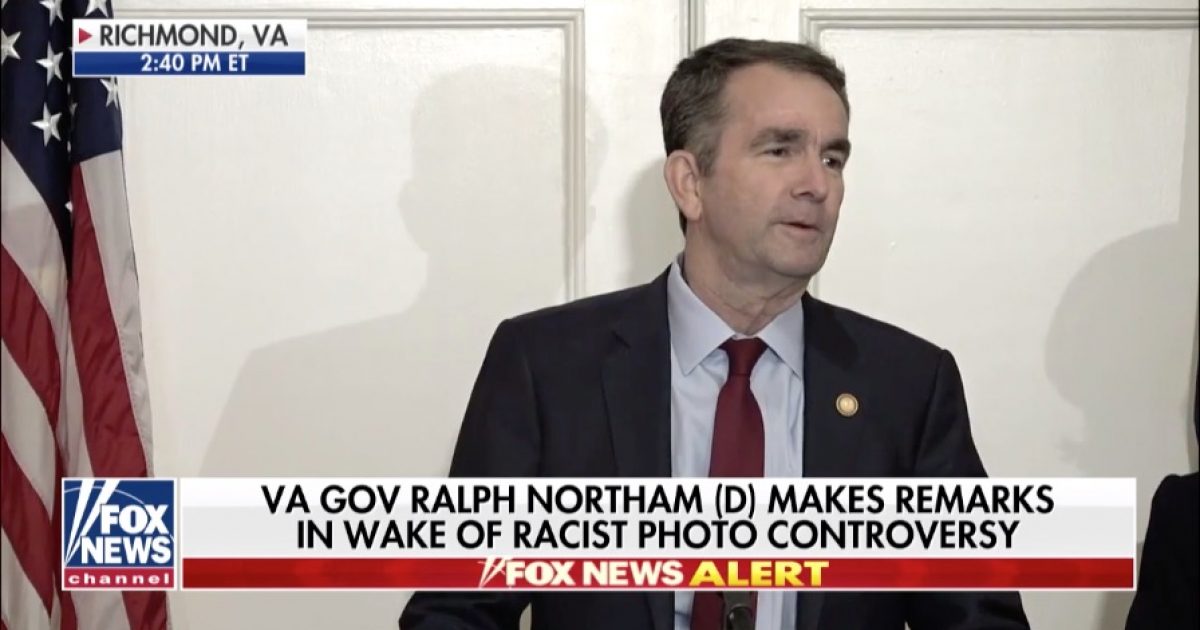 In a press conference, Virginia Democrat Governor Ralph Northam denied he was in the racist photo that appeared on his yearbook page but he acknowledged he dressed up as Michael Jackson in blackface and that his nickname was “C**nman.”

Virginia Governor Ralph Northam in a Saturday press conference denied appearing in a racist photograph that he on Friday apologized for, but he did wear blackface for a Michael Jackson costume in the 80s.

The 59-year-old from Nassawadox admitted dressing up as the late singer, wearing similar footwear, a glove and shoe polish to look like an African-American person.

Northam also acknowledged his nickname was “C**nman,” but he claims he doesn’t know how he acquired it.

The apology yesterday for the photo caused confusion.

He made the contradictory statement to a room full of people eager to know why he admitted to something he claims now not to have done, but Northam didn’t manage to provide a clear explanation.

However it seemed he hoped to get ahead of another possible embarrassment by admitting to the racist dance competition incident.

He also confessed in the news conference to having the nickname C**nman, but he said he had no idea why the name was attached to him from a group of people.

Northam apologized for having the photo appear on his yearbook page.

He apologized for the picture appearing on his page, calling the image “offensive” and “racist,” but said that he had nothing to do with the preparation of the yearbook, and that he did not buy it. He acknowledged that he had initially admitted to the picture being of him, but said that “in the hours since I made my statement, I reflected with family and classmates from that time and it affirmed my conclusion that I am not the person in that photograph.”

Northam’s statements at the press conference were unconvincing and he must resign.