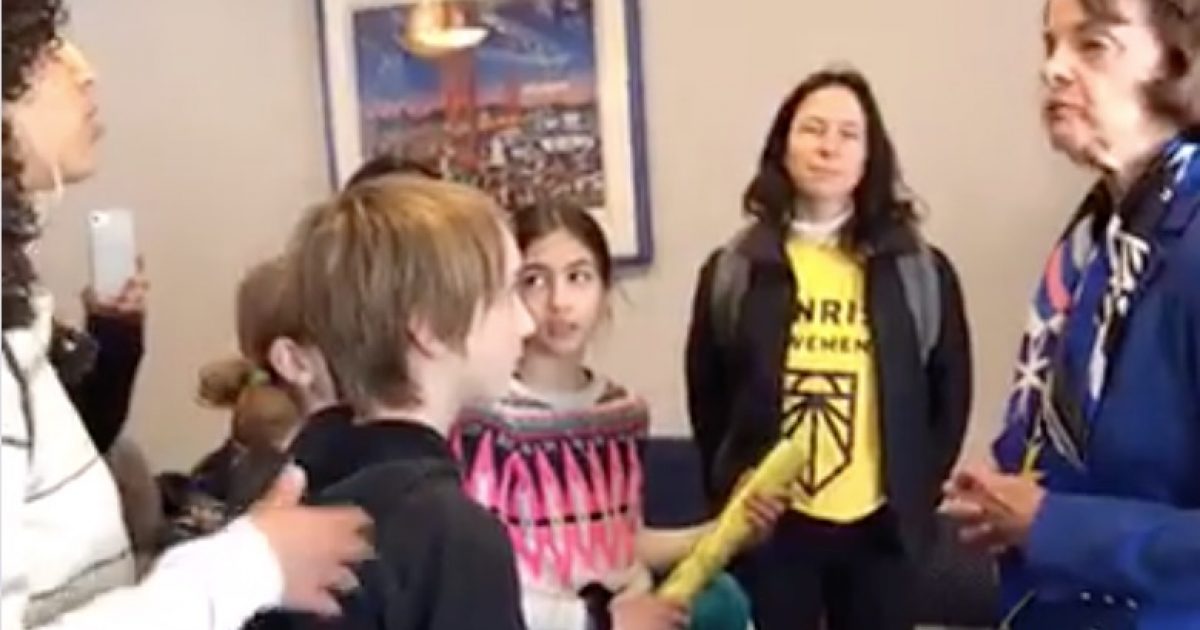 In the latest advocacy effort, a group of children confronted California Democrat Senator Dianne Feinstein over the Green New Deal.

Sen. Dianne Feinstein clashed Friday with a group of children over climate change policy, criticizing their requests that she back the Green New Deal, accusing them of presenting an ultimatum and contrasting their inability to vote with her three decades in office.

The exchange comes as moderate Democrats grapple with the Green New Deal, a 10-year plan to mitigate climate change championed by progressives such as Rep. Alexandria Ocasio-Cortez of New York.

The story includes a video of the encounter posted on Facebook by the youth climate change advocacy group the Sunrise Movement.

The Sunrise Movement promoted the confrontation with Feinstein on Twitter:

This is how @SenFeinstein reacted to children asking her to support the #GreenNewDeal resolution — with smugness + disrespect.

This is a fight for our generation's survival. Her reaction is why young people desperately want new leadership in Congress. pic.twitter.com/0zAkaxruMI

The California Democrat said no, telling the children, “I’ve been doing this for 30 years. I know what I’m doing. You come in here and you say, ‘It has to be my way or the highway.’ I don’t respond to that.”

Feinstein was not the first Democrat targeted by the Sunrise Movement.

Ocasio-Cortez, a Democratic Representative-elect for New York, joined the members of Sunrise Movement and Justice Democrats in the demonstration, which lasted for more than an hour.

However, the aggressive effort will backfire because it will remind independent voters of the radical direction of the Democrat Party.