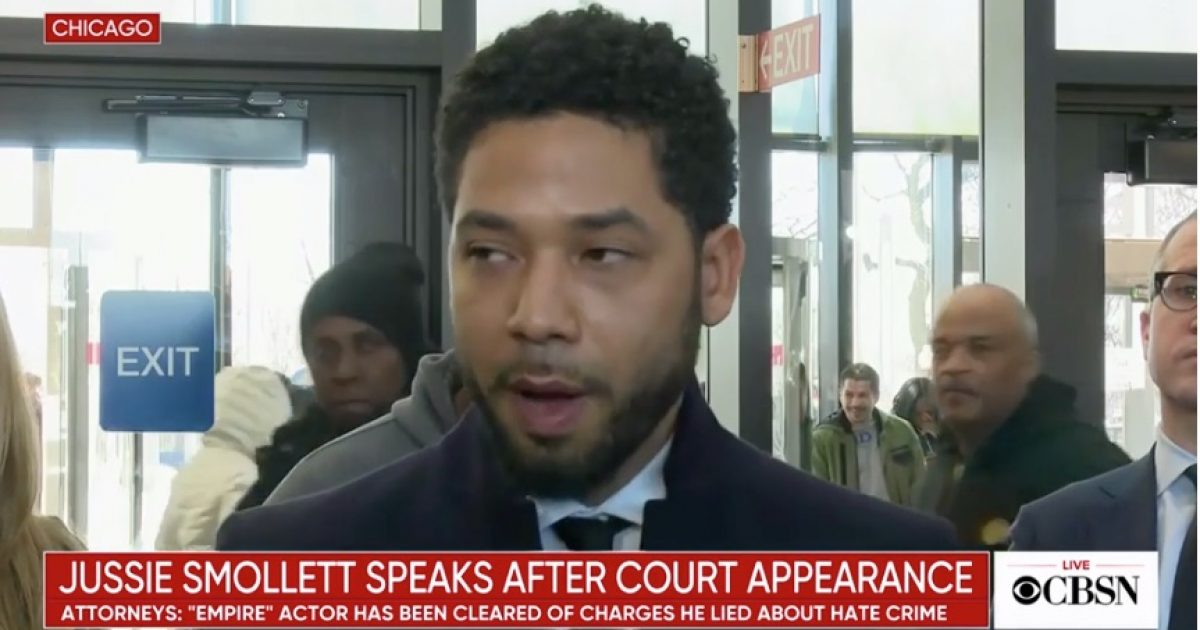 In Chicago, Cook County prosecutors dropped all 16 charges that were filed against actor Jussie Smollett.

Just a few weeks ago, Smollett was charged for disorderly conduct by prosecutors for misleading police over a hate crime claim.

The Cook County State’s Attorney issued a statement that read in part:

After reviewing all of the facts and circumstances of the case, including Mr. Smollett’s volunteer service in the community and agreement to forfeit his bond to the City of Chicago, we believe this outcome is a just disposition and appropriate resolution to this case.”

The response from the Chicago Police and Mayor Rahm Emanuel was swift.

The baffling about-face left Emanuel and police Superintendent Eddie Johnson fuming. Johnson stood by the work of detectives and said he believed the city was owed an apology.

“Do I think justice was served? No,” said Johnson, who memorably blasted Smollett at a news conference last month announcing the charges, saying his hoax dragged “Chicago’s reputation through the mud.”

Smollett made comments after the charges were dropped:

Actor #JussieSmollett at a press conference after all charges were dropped against him: “I have been truthful and consistent on every level since day one. I would not be my mother’s son if I was capable of one drop of what I’ve been accused of" https://t.co/Vn0BzPfzQi pic.twitter.com/kl5mcHigsf

The records of the case were sealed so many questions will remain.

Dropping all charges for Smollett without a full explanation leaves too many questions unanswered and leaves the impression that if you are black, famous, and liberal you can get away with anything.