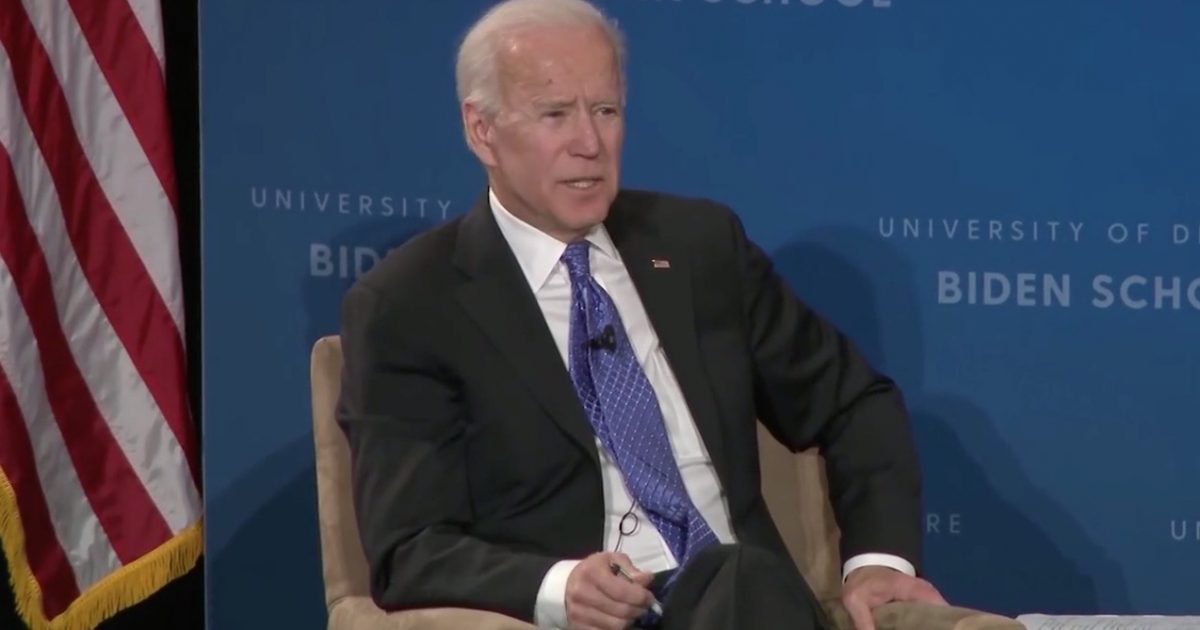 In the wake of the criticism about his comment, Biden reversed course.

Biden made the comment during a speech in Nebraska.

Except that Biden referred to Pence as a “decent guy.” Which the liberal left — especially on Twitter — immediately seized. Cynthia Nixon, actress and unsuccessful candidate for governor in New York, tweeted this at Biden: “@JoeBiden you’ve just called America’s most anti-LGBT elected leader ‘a decent guy.’ Please consider how this falls on the ears of our community.”

Biden quickly responded to Nixon, offering an apology. “You’re right, Cynthia,” wrote Biden. “I was making a point in a foreign policy context, that under normal circumstances a Vice President wouldn’t be given a silent reaction on the world stage,” he said. “But there is nothing decent about being anti-LGBTQ rights, and that includes the Vice President.”

You’re right, Cynthia. I was making a point in a foreign policy context, that under normal circumstances a Vice President wouldn’t be given a silent reaction on the world stage.

But there is nothing decent about being anti-LGBTQ rights, and that includes the Vice President.

The CNN story notes that Biden’s reversal shows he is running for president in 2020 and is placating the Democrat Left to get the nomination.

It sure looks like Biden is going to join the growing list of Democrats running for president and he is more than willing to backtrack on views to placate critics in his party.

A story in The Hill adds more evidence about Biden’s run for president.

Joe Biden has a campaign-in-waiting as soon as he decides to launch a White House bid.

In recent weeks, the former vice president’s longtime advisers Steve Ricchetti and Mike Donilon have led a string of meetings with potential aides to fill out the campaign if Biden makes a decision to enter the race, sources tell The Hill.