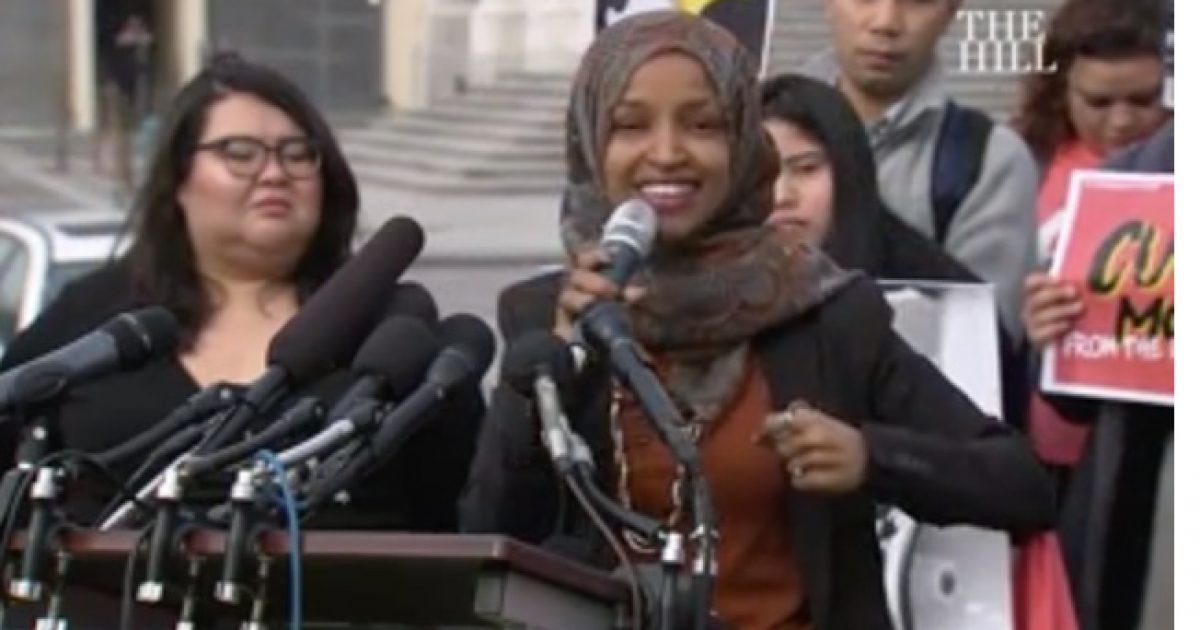 Anti-Semitic comments from freshman Minnesota Democrat Representative Ilhan Omar is causing chaos with Democrats in the House of Representatives.

House Democratic leaders are struggling to contain the controversy over Rep. Ilhan Omar’s comments about Israel, with the caucus fighting behind closed doors over whether — and how — to respond.

Tensions ran high at a caucus meeting Wednesday as some Democrats privately vented that Speaker Nancy Pelosi and her leadership team had failed to adequately respond to the escalating political crisis, with too little outreach to their own rank and file.

The internal fight deals with Democrat members who feel Omar’s comments are anti-Semitic versus those that believe the resolution was focusing in on the Muslim representative.

House Democrats argued acrimoniously Wednesday over whether to rebuke Rep. Ilhan Omar for alleged anti-Semitic remarks, forcing party leaders to confront a growing rift over race and religion that threatened to hamstring the newfound majority.

Omar (D-Minn.) suggested last week that Israel’s supporters have an “allegiance to a foreign country,” remarks that angered some Democrats who saw them as hateful tropes and pushed to condemn the freshman lawmaker. Her defenders argued that leadership was applying a double standard in singling out one of the two Muslim women in Congress.

In a closed-door Democratic caucus meeting Wednesday morning, lawmakers debated whether to vote on an anti-hate measure in response to Omar. The session quickly became rancorous, reflecting splinters over wider issues such as America’s long-standing support for Israel, the appropriate response to racial and religious grievances, and a new generation’s reliance on social media. Plans for a quick vote appeared to fade amid the uproar.

Sanders came to the defense of Rep. Omar, D-Minn., on Wednesday amid growing pressure from within her party over a series of recent remarks that have been viewed by some as anti-Semitic.

“Anti-Semitism is a hateful and dangerous ideology which must be vigorously opposed in the United States and around the world,” the Independent Vermont senator said in a statement.

“We must not, however, equate anti-Semitism with legitimate criticism of the right-wing, Netanyahu government in Israel.

“Rather, we must develop an even-handed Middle East policy which brings Israelis and Palestinians together for a lasting peace.”

After that attack on Israeli Prime Minister Benjamin Netanyahu, the 77-year-old socialist then got to the crux of his Omar defense.

The Senators believe negative comments about Israel does not equate with anti-Semitism.

The Hill also reported on Senator Harris’ support for Omar.

Meanwhile, New York Democrat Representative Alexandria Ocasio-Cortez also backs Omar and adding to the concern of Democrat anti-Semitism, she retweeted a post from an individual that supports a terrorist group.

During her defense of Rep. Ilhan Omar amid accusations of anti-Semitism, Rep. Alexandria Ocasio-Cortez retweeted a post from a supporter of the Popular Front for the Liberation of Palestine, which the US has designated a terrorist organization.

The lack of support of Israel by Democrats is not surprising given the results of a Pew Research poll that reported only 27 percent of Democrats are sympathetic with Israel.

Since 2001, the share of Republicans sympathizing more with Israel than the Palestinians has increased 29 percentage points, from 50% to 79%. Over the same period, the share of Democrats saying this has declined 11 points, from 38% to 27%. 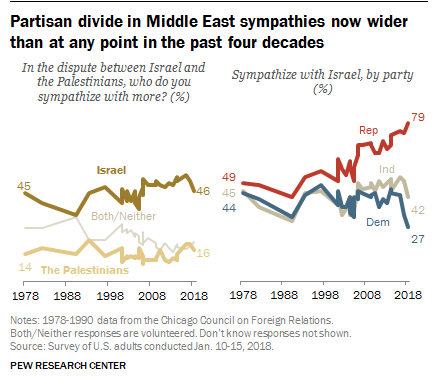