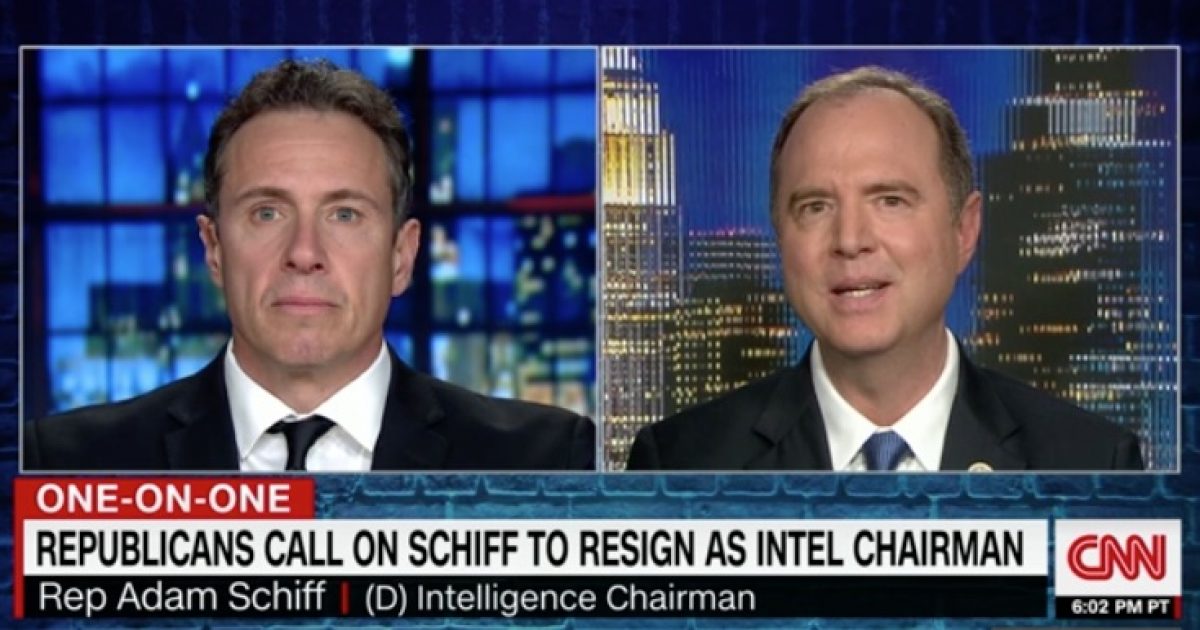 Republican lawmakers are calling for California Democrat Representative Adam Schiff to step down as Chairman of the House Intelligence Committee over his repeated claims of Trump-Russia collusion in the 2016 presidential election.

All of the Republicans on the House Intelligence Committee signed a letter urging Schiff to step down as chairman.

The letter was read out loud by Texas Representative Mike Conaway during a hearing today.

Here is an excerpt from the letter:

Your actions, both past, and present are incompatible with your duty of the chairman of this committee which alone, in the House of Representatives has the obligation and authority to provide effective oversight of the U.S. Intelligence community. As such we have no faith in your ability to discharge your duties in a manner consistent with your Constitutional responsibility and urge your immediate resignation as chairman of the committee. Mr. Chairman, this letter is signed by all nine members of the Republican side of the committee, and I ask unanimous consent that it be entered into the record at today’s hearing.

Schiff staunchly defended himself during the hearing over calls to step down.

“My colleagues may think it is OK the president’s son was offered dirt as part of an effort to help Trump,” Schiff said in his statement, pausing at times for dramatic effect.

“You might think it is OK. I don’t,” Schiff added, his voice rising as he went on.

President Trump Tweeted Schiff should be forced to resign from Congress all together.

Congressman Adam Schiff, who spent two years knowingly and unlawfully lying and leaking, should be forced to resign from Congress!

Earlier this week, Schiff blew off calls for his resignation, saying, “I’m more than used to attacks from my GOP colleagues, and I would expect nothing less.”

Schiff needs to be held accountable for his never-ending effort to use propaganda to undermine President Trump and it’s good to see Republican representatives are calling him out.