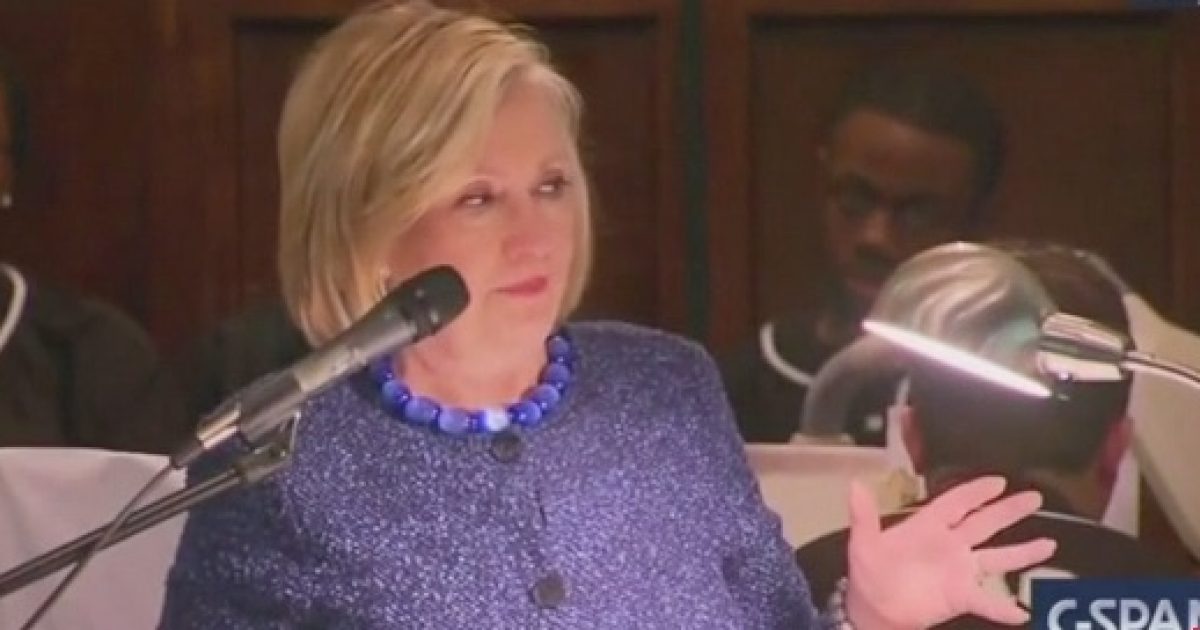 Clinton recently spoke at a black church in Selma, Alabama, to participate in a ceremony for the anniversary of the march from Selma to Montgomery known as “Bloody Sunday.”

While addressing the crowd, Clinton wasted no time turning on her fake southern drawl.

Clinton — who is known for lapsing into a southern drawl when speaking before southern audiences — occasionally affected a rhetorical tone resembling many of the preachers in attendance.

Speaking to one, she said, “Reverend Green, when those bones get up, and when that spirit is breathed into them, and they start climbing out of that valley, the first place they go is to register to vote!”

In an attempt to make a comparison to the 1960s to present day as a “crisis in our democracy,” Clinton told the audience that under the current White House administration, “racist and white supremacist views” are promoted.

Not to be confused with the “Bloody Sunday” massacre in Northern Ireland in 1972, the events being remembered in Alabama occurred on March 7, 1965, when peaceful demonstrators were beaten back by Alabama state troopers as they attempted to cross the Edmund Pettus Bridge. It was a moment that galvanized support for the passage of the Voting Rights Act later that year.

While Clinton did not specifically mention President Trump in her speech, she said that “racist and white supremacist views” have been buoyed by the current administration and warned that civil and voting rights were under attack in the U.S.

“To anyone who has ever wondered what you would have done during those defining moments that we read about in history books — whether you would have risked arrest to demand votes for women or bled on the Edmund Pettus bridge to demand voting rights for all — the answer is what you are doing now could be as important as anything that anyone has done before,” Clinton said.

As for the southern drawl, it’s not the first time Clinton broke out in a fake accent while speaking in Selma, Alabama, to pander to her audience.

Then-New York Senator Clinton thought to speak with a southern twang before southerners was a good idea during her 2008 presidential run.

Clearly, Clinton will do and say anything to pander to her audience and whip up racial tension.