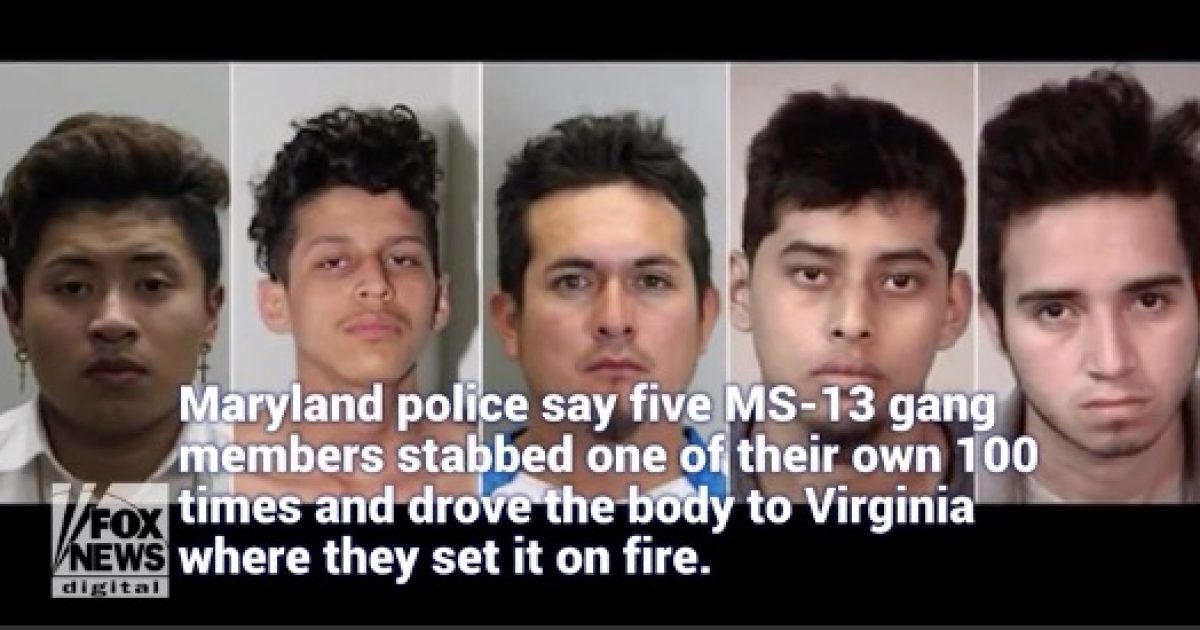 Five MS-13 gang members were charged with first-degree murder for the brutal stabbing death of a 16-year-old member of the gang, according to Maryland police.

The victim, Jacson Pineda-Chicas, was stabbed 100 times and his body was dumped in Virginia and set on fire.

The police believe Pineda-Chicas was killed at the home of the gang leader in Prince George’s County Maryland.

NBC News Washington reported Pineda-Chicas was killed because gang members thought he was talking with the police.

The victim's mother said when gang members accused him of talking to police they threatened to kill his family and he told them to kill him instead. https://t.co/jzquCSJpan

A large number of MS-13 gang members were apprehended for trying to illegally enter the U.S.

MS-13 gang members represent a threat to communities and that justifies stronger border security including construction of a wall along the U.S.-Mexico southern border.