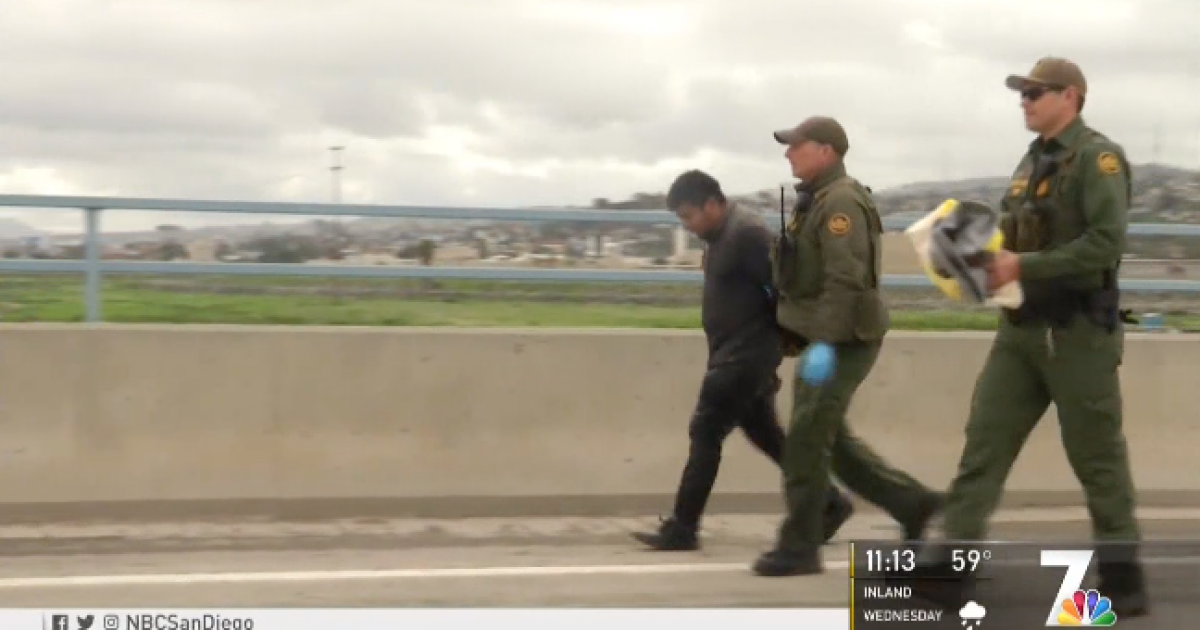 A New York Times story, “‘You Have to Pay With Your Body’: The Hidden Nightmare of Sexual Violence on the Border,” describes the sex abuse and violence against illegal alien women that cross the southern border.

President Trump frequently mentions the humanitarian crisis at the southern border including the risks to women to justify the construction of the border wall.

The stories are many, and yet all too similar. Undocumented women making their way into American border towns have been beaten for disobeying smugglers, impregnated by strangers, coerced into prostitution, shackled to beds and trees and — in at least a handful of cases — bound with duct tape, rope or handcuffs.

The New York Times found dozens of documented cases through interviews with law enforcement officials, prosecutors, federal judges and immigrant advocates around the country, and a review of police reports and court records in Texas, New Mexico, Arizona and California. The review showed more than 100 documented reports of sexual assault of undocumented women along the border in the past two decades, a number that most likely only skims the surface, law enforcement officials and advocates say.

In addition, interviews with migrant women and those working with them along the border point to large numbers of cases that are either unreported or unexamined, suggesting that sexual violence has become an inescapable part of the collective migrant journey.

The New York Times story verifies the crisis at the southern border and the information in the article challenges the charges by Democrats that President Trump is manufacturing a crisis for political reasons.

In addition to the risk to women, U.S. Customs and Border Protection frequently report on arrests of drug smugglers.

Here is a press release about a recent apprehension of drug smugglers.

U.S. Border Patrol Agents arrested three males as they attempted to smuggle 68.5 pounds of marijuana across the Rio Grande just east of El Paso on February 27.

Border Patrol Agents working along the border near Fort Hancock observed three individuals entering the United States illegally by walking across the mostly dry Rio Grande River. When agents confronted the suspects they noted that all three were carrying backpacks of what appeared to be illegal drugs. The three illegal aliens were taken in to custody and the drugs seized. All were transported to the Fort Hancock Station for further processing.

At the station, Agents tested the contents of the backpacks which indicated a positive result for marijuana. After fingerprinting all three individuals it was found that one suspect, identified as 55-year-old Marin Gonzales of Mexico, had an extensive criminal history. Gonzales was once a lawfully admitted permanent resident in the United States but was deported due to his convictions. His criminal history includes convictions for aggravated assault against a household member (fourth degree felony), battery against a household member, battery upon a peace officer, inflicting corporal punishment on spouse, possession of a controlled narcotic. Gonzales has been turned over to the Drug Enforcement Administration for further prosecution. Another of the three subjects was found to be a minor and will be turned over to Mexican authorities.

Finally, in San Diego, a man attempting to cross into the U.S. illegally through a river was arrested after he was rescued by local officials.

A man was arrested Sunday by U.S. Border Patrol agents after firefighters rescued him from the Tijuana River, according to San Diego Fire-Rescue.

BP was first to arrive at the scene where a man, who is undocumented, had become stuck on a river island below the bridge on Dairy Mart Road, SDFD Battalion Chief Steve Salaz said.