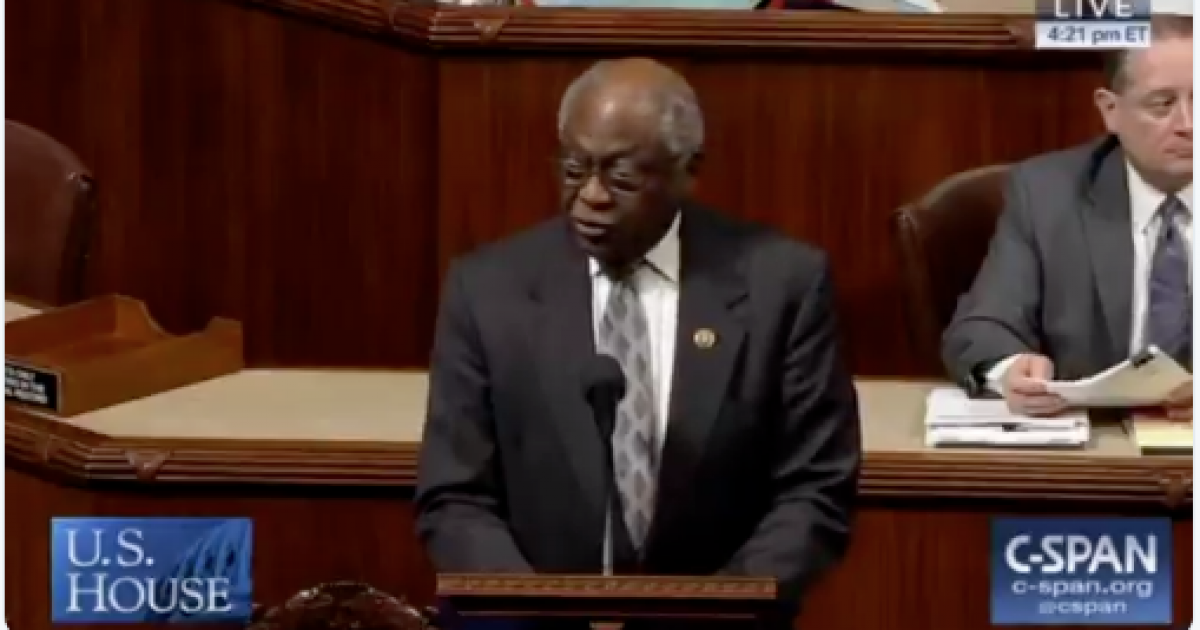 South Carolina Democrat Representative James Clyburn defended fellow Representative Ilhan Omar, D-Minn., by saying her experience in Somalia is ‘more personal’ in comparison to the children of parents that survived the Holocaust.

Clyburn came to Omar’s defense Wednesday, lamenting that many of the media reports surrounding the recent controversy have omitted mentioning that Omar, who was born in Somalia, had to flee the country to escape violence and spent four years in a Kenyan refugee camp before coming to the United States.

Her experience, Clyburn argued, is much more empirical — and powerful — than that of people who are generations removed from the Holocaust, Japanese internment camps during World War II and the other violent episodes that have marked history.

“I’m serious about that. There are people who tell me, ‘Well, my parents are Holocaust survivors.’ ‘My parents did this.’ It’s more personal with her,” Clyburn said. “I’ve talked to her, and I can tell you she is living through a lot of pain.”

Clyburn’s comments made national headlines including a story in The Washington Post.

She “is living through a lot of pain,” Clyburn told the newspaper, drawing a contrast between Omar’s firsthand experience and the perspectives of those whose parents or grandparents survived the Holocaust or other historical atrocities.

“There are people who tell me, ‘Well, my parents are Holocaust survivors.’ ‘My parents did this.’ It’s more personal with her,” Clyburn said in the interview.

Clyburn’s defense of Omar is creating problems for his leadership in the Democrat-run House of Representatives.

For Clyburn — a member of leadership whose effectiveness depends on his ability to engender trust and respect among colleagues, and whose job is to build consensus among a diverse group of members in a new Democratic majority — the hug could pay dividends.

While most U.S. House Democratic leaders were scrambling this week to save their party from political blowback, Clyburn was distinguishing himself as the leader who would advocate for a compassionate approach to governing.

But by Thursday afternoon, Clyburn’s saw this gambit begin to unfurl, as anti-defamation groups and members of his own party took issue with his defense of Omar.

Political extremism within the Democrat ranks is dividing members of the House of Representatives.