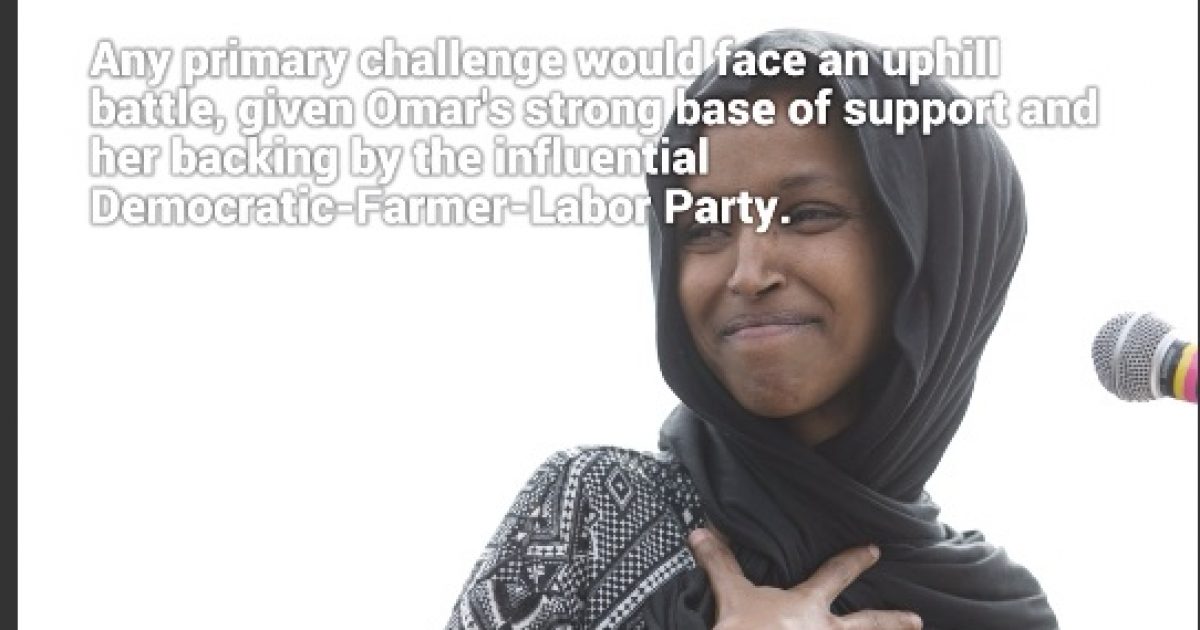 Democrats held a meeting in early March to address the developing tension between Jewish and Muslim representatives.

According to The Washington Post, the meeting did not go as planned because Representative Dean Phillips from Minnesota created additional emotional tension when he told Omar she should apologize for making anti-Semitic remarks.

Apparently, Phillip’s demand did not sit well with the three newly elected Muslim representatives. The story mentioned his comments also disturbed some of the other meeting participants including Jewish representatives.

A few days later, the House of Representatives passed a resolution condemning hate but it did not specifically mention Omar by name.

The tension created by Omar is not limited to Washington D.C. but is also apparent in Minnesota where there is a developing effort to find a Democrat to run against her.

The Hill reports local Democrat leaders in Minnesota are starting to look for someone to replace Omar in Congress but as of yet a name has not surfaced.

Minnesota Democrat State Representative Ron Latz told The Hill, “There’s definitely talk about people wanting someone to run against her.”

President Trump seized on the possible primary challenge to Omar. The president had retweeted a post that claimed a primary effort was underway.

Omar responded to President Trump’s Tweet concerning a possible primary challenger for her seat in Congress.

I am sorry Mr. @realDonaldTrump ?

I am for real, you can’t #MuslimBan us from Congress! pic.twitter.com/EX1KNeUPiA

Fox News reported on the Twitter exchange between President Trump and Omar.

The anti-Semitic comments made by Omar are causing tension among Democrats and an effort to primary the freshman representative will add fuel to the fire.