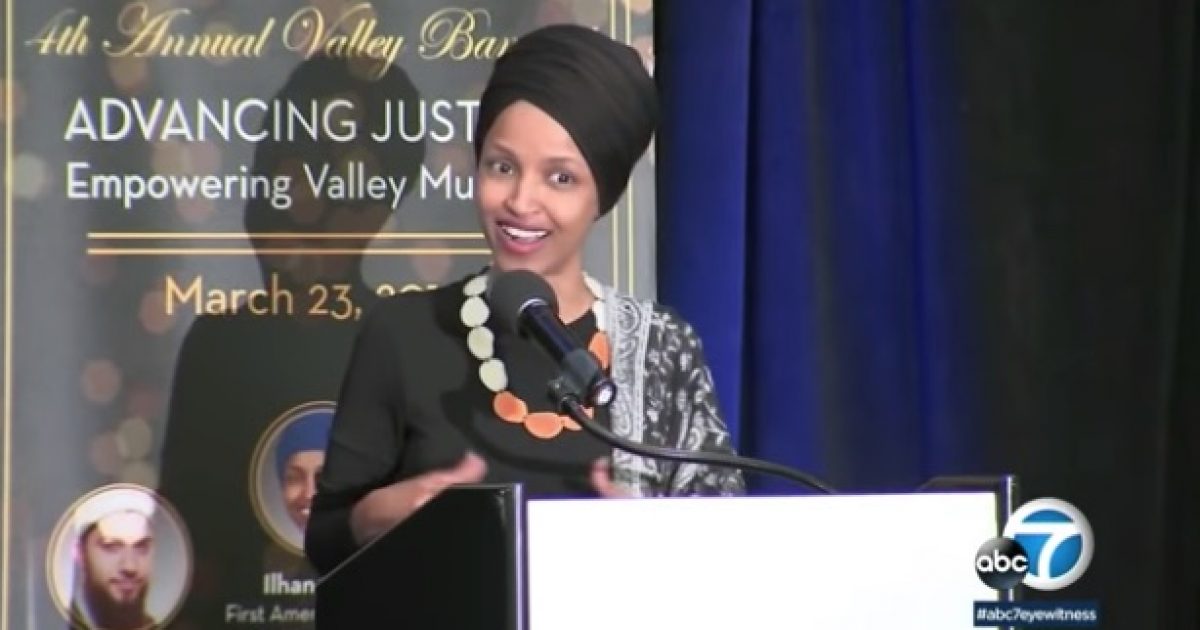 Omar’s speech was given at the Council on American-Islamic Relations (CAIR) fundraising dinner at a Woodland Hills hotel in the greater Los Angeles area.

Here is what she said about President Trump as quoted by The Los Angeles Times:

During the speech, Omar criticized protesters that gathered outside the hotel:

According to news reports, hundreds of people gathered to protest Omar because of her anti-Semitic comments.

Hundreds outside the Woodland Hills Hilton right now protesting Rep. Ilhan Omar’s appearance at a CAIR fundraiser tonight. Crowd’s going wild for a bride walking out of the hotel pic.twitter.com/bJgOsdrrLE

In the recent past, Omar also criticized the American Israel Public Affairs Committee (AIPAC), a lobbying organization that promotes ties between the U.S. and Israel.

A number of Democrats seeking to run against President Trump in the 2020 presidential race will not attend the AIPAC meeting in Washington, D.C., and they appear to be following the recommendation from MoveOn.org.

Moveon.org, a left-wing organization, promoted a members survey that reported almost three-quarters of its members did not want presidential candidates to attend the AIPAC meeting.

Omar’s comments and MoveOn.org’s anti-Israel advocacy are creating a problem for the Democrat Party.