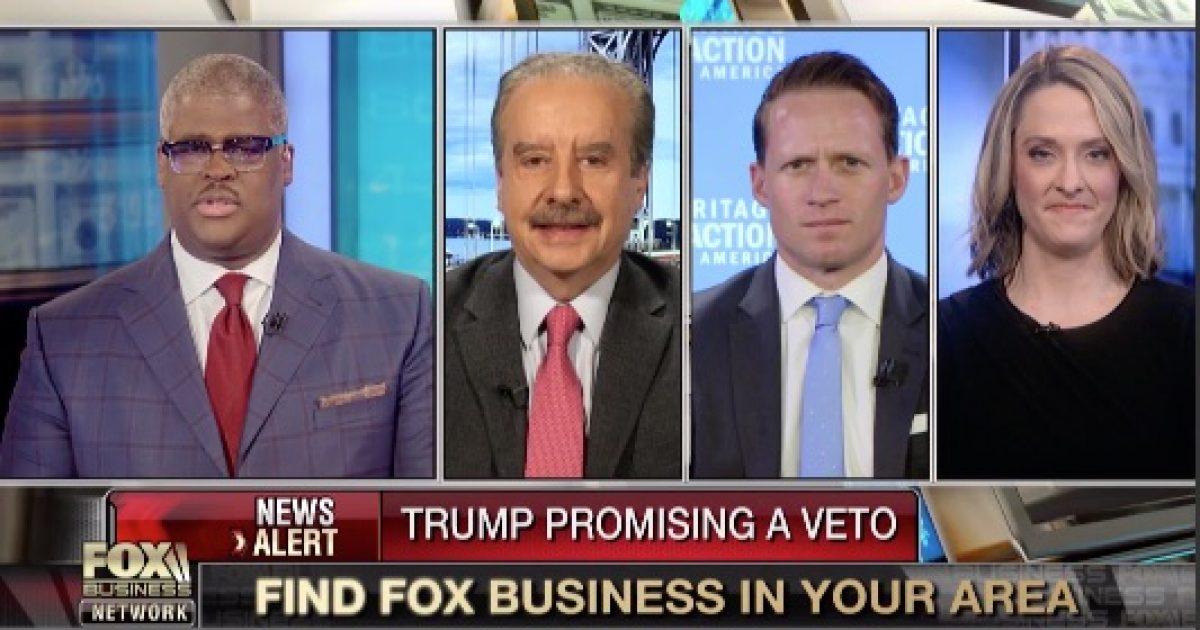 Tom was joined by Democratic strategist Kristen Hawn and Heritage Action executive director Tim Chapman to discuss the political ramifications of the Senate vote that included a dozen Republicans.

Shortly after the segment, President Trump vetoed the resolution that passed both the House of Representatives and the Senate.

President Trump was surrounded by law enforcement and Angel Families in the Oval Office when he signed the veto.

Sheriff Louderback: "The sheriffs and men and women of law enforcement in this room and across this nation owe you a debt of gratitude for something that we’ve been waiting for—for decades." pic.twitter.com/5cKJV0Pv35

During his remarks, the president emphasized the crisis along the U.S.-Mexico southern border.

This is a National Emergency…pic.twitter.com/AAKBuNW2ro

As Tom mentioned during the interview, there is a crisis on the southern border and those that voted to block President Trump’s emergency declaration are on the wrong side of providing safety and security for Americans.