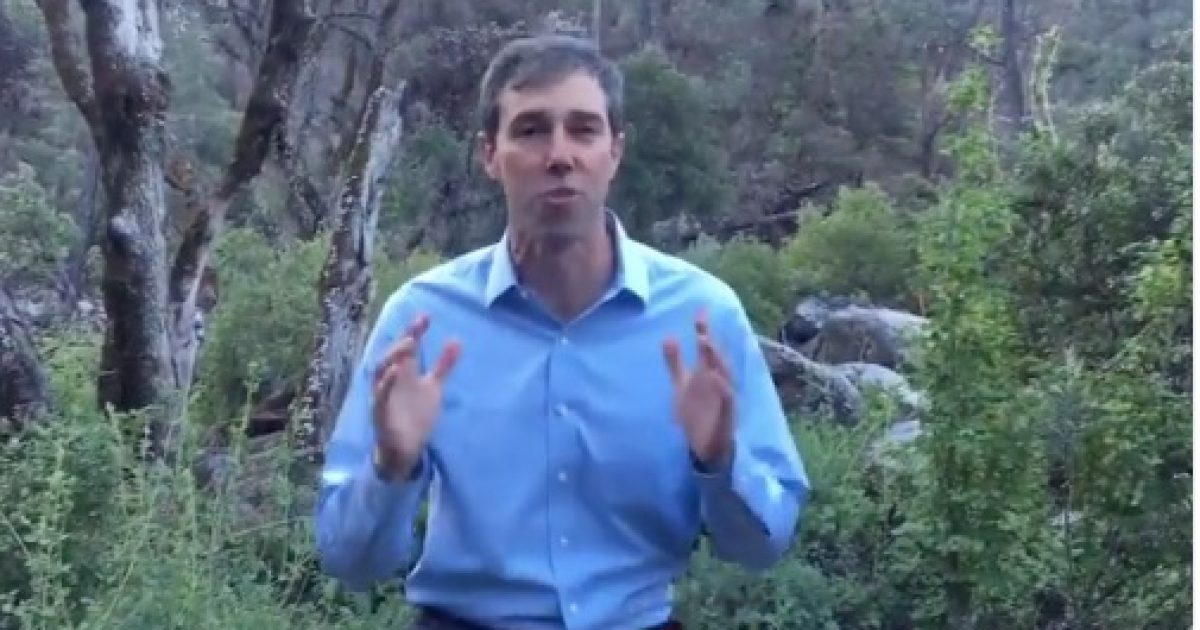 O’Rourke took his climate change agenda on the road to announce his plan.

Heading into Yosemite National Park to talk about our historic climate action plan. Follow along throughout the day and read the plan at https://t.co/T41DaUruQ1 pic.twitter.com/S7RSUVblfu

The former U.S. congressman from Texas is pitching a 10-year plan that seeks to spur investment in clean technology and energy efficiency, achieve net-zero greenhouse gas emissions by 2050 and shore up communities vulnerable to the effects of climate change.

O’Rourke’s plan includes proposing federal spending, coupled with state and local funds, in an effort to cut U.S fossil fuel use to achieve net-zero emissions of greenhouse gases by 2050. Part of the plan includes spending about $250 billion on research and development.

This is O’Rourke’s first major policy initiative and his plan generated media coverage.

Beto O'Rourke unveiling climate change plan just before he meets with a scientist in Yosemite, a national park with breathtaking views and scars from wildfires…setting the scene for a conversation on climate change.
Working w/@lauradolancnn & @katesullivandc on this one. pic.twitter.com/eJBfuKR8MK

O’Rourke is trying to use climate change to make an appeal to Democrat primary voters.