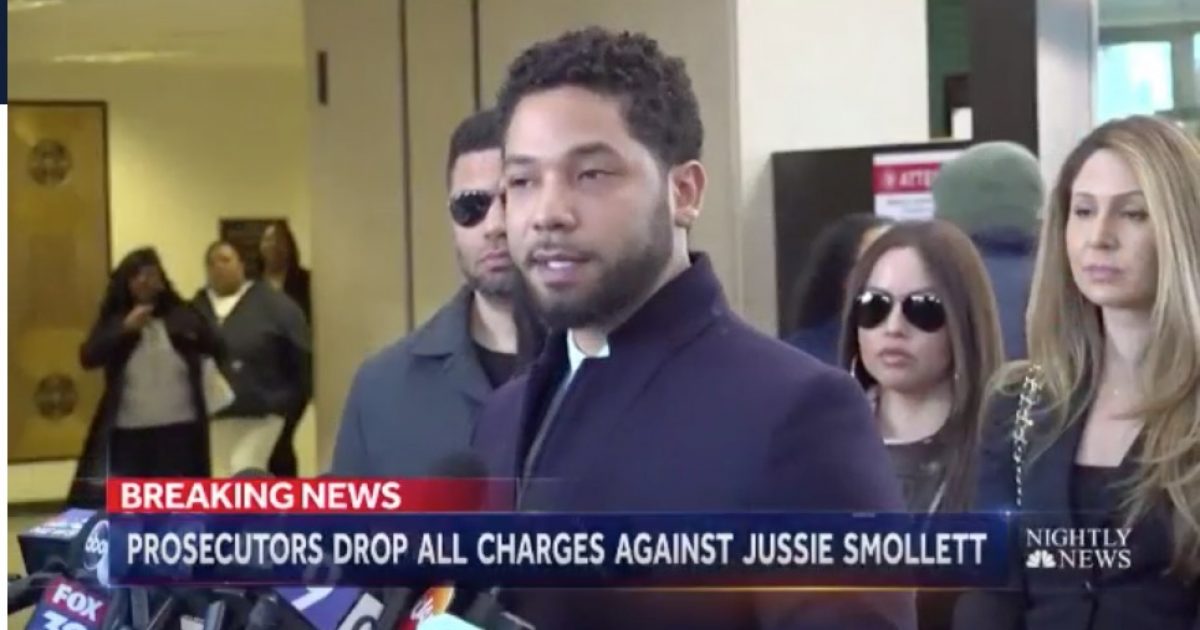 The city of Chicago is gearing up to file a civil lawsuit against “Empire” actor Jussie Smollett to recover the costs the city police department incurred for investigating his assault claim.

Smollett was facing 16 felony charges for filing a false police report but the Cook County State’s Attorney Office under the direction of Kim Foxx decided not to prosecute him.

In a stunning reversal, Chicago prosecutors on Tuesday dropped all charges against “Empire” actor Jussie Smollett just weeks after he was indicted on 16 felony counts for allegedly filing a false police report.

City will now go after the money in civil court. @cbschicago pic.twitter.com/FwwOopIOJv

Seeking justice, the City of Chicago wanted Smollett to pay the city $130,000 to cover the costs of the investigation but the actor missed the deadline for payment.

Now the city is going to seek payment via a civil lawsuit.

If successful, the city can recover more than the amount of money originally sought.

Under Chicago by-laws and made clear in the letter Smollett was sent on March 28, the city can seek more than $390,000 from the actor, which is three times the original amount plus court and attorney costs

The story also mentions Smollett’s contract is up for the show “Empire” and it’s possible he will not be brought back if the program is continued.

Trump tries out the words "MAGA Country," which reminds him of Jussie Smollett: "How about the guy from Chicago? The actor nobody ever heard of. I said, 'who the hell is that?'" pic.twitter.com/CQcyZstZaJ

It’s outrageous prosecutors dismissed the case against Smollett and it sends a message that if you are part of the Hollywood elite, you can get special treatment from the justice system.