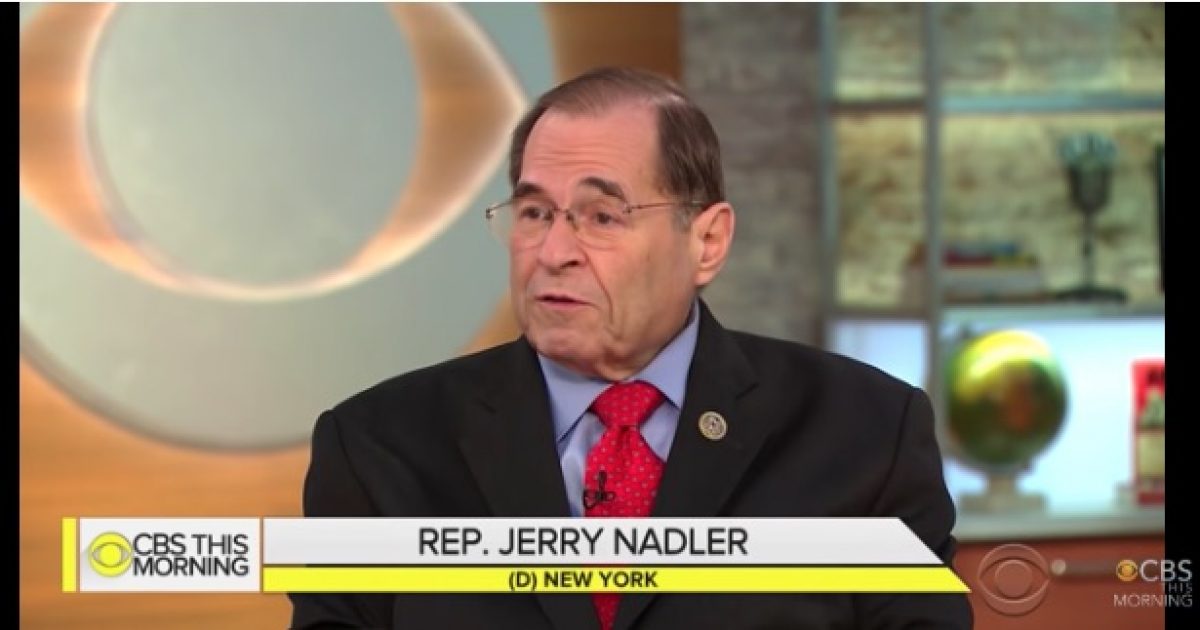 The Democrats’ thirst for power is a root cause of the deep political division in America. In every major issue facing our country, Democrats seek to inflict as much damage on President Trump as possible in order to boost their political prospects in the 2020 elections. The Democrat goal is to destroy President Trump at all costs, even if the consequence of a polarized America achieves Russian President Vladimir’s objective.

In the eyes of Democrats, the Mueller report was a vehicle for manipulation to achieve maximum political advantage, regardless of the truth. The report on Russian interference in the 2016 election was written by 19 lawyers after information was collected from 2,800 subpoenas and 500 witnesses, at an estimated cost of $31 million.

Democrats aren’t giving up on the Russia collusion theory even though the report slammed the door on their narrative that the president and his campaign worked with Russia to ensure then-candidate Donald Trump won the 2016 presidential election. Democrats are also clinging to the fact that Mueller did not take a position on whether President Trump obstructed justice, which is another avenue to damage the president through additional investigations and possible impeachment.

The Mueller report had zero impact on Rep. Maxine Waters, D-Calif. Waters believed there was collusion with Russia before Mueller’s report, and its findings didn’t change her mind. During an interview on MSNBC, Waters said the information in the Mueller report “on collusion and conspiracy” supported an impeachment effort. Waters was an early advocate for impeaching the president, long before the report.

Rep. Jerry Nadler, D-N.Y., chairman of the House Judiciary Committee, is also adamant that there is Russia collusion, after the release of the Mueller report.

On “Meet the Press,” Nadler questioned Mueller for not charging Donald Trump Jr. for criminal conspiracy over the Trump Tower meeting, because, according to his analysis, the goal of meeting was to obtain material stolen from Hillary Clinton.

According to The Daily Caller, the meeting with a Russian lawyer at Trump Tower was not predicated on getting stolen material but on obtaining damaging information about Clinton’s undertakings with Russia.

Despite being wrong about the stolen information accusation, Nadler was successful in promoting anti-Trump propaganda on a national TV broadcast.

Rep. Adam Schiff, D-Calif., chairman of the House Intelligence Committee, is not giving up on his views about Russia collusion despite the findings of the Mueller report. Schiff previously stated that “there is plenty of evidence of collusion and conspiracy in plain sight,” but qualified his statement by adding it’s the responsibility of Mueller to determine whether a crime was committed.

Now that Mueller has not established a criminal conspiracy with Russia, Schiff is repeating the collusion theory on TV and tweeting about the report to make the president look bad. Schiff is not giving up chasing collusion crime windmills. He plans to use the power of the House Intelligence Committee to continue an investigation surrounding counterintelligence matters in the hope of finding that a foreign power compromised President Trump or anyone associated with the president.

Schiff has also not ruled out impeaching the president for obstruction of justice.

Kushner is correct. The Muller investigation contributed to the nation’s political divide, and the report is only adding fuel to the Democrats’ “destroy President Trump” fire.