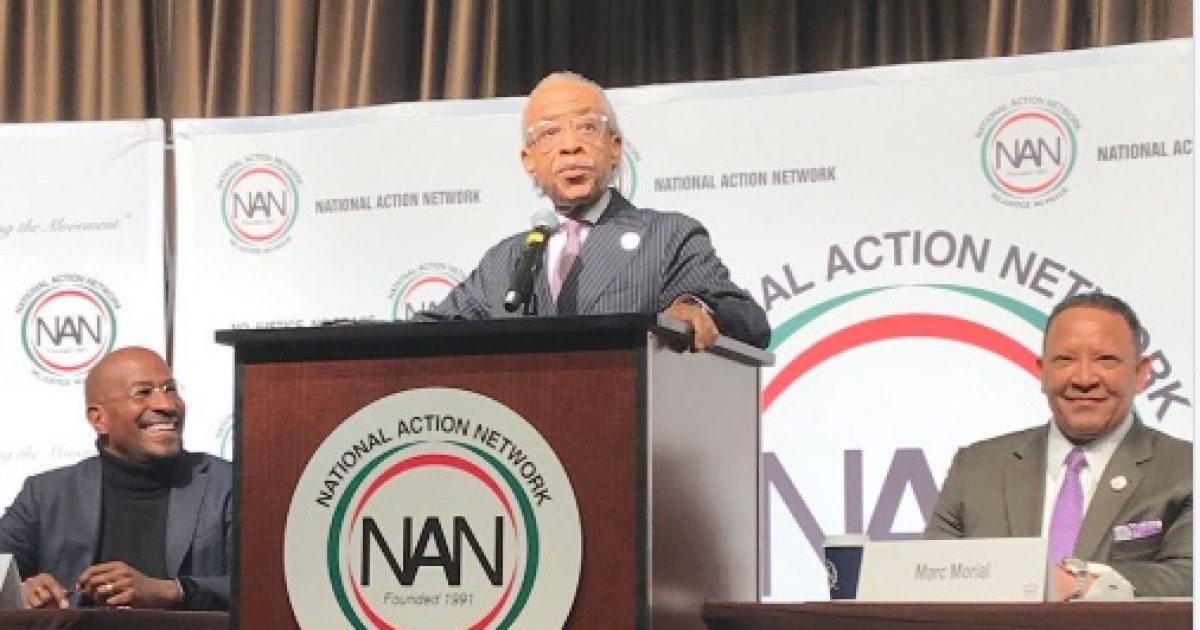 Many of the Democrats running for the party’s nomination to run against President Trump in 2020 attended the conference run by Sharpton.

In addition to backing progressive policy ideas, many of the 2020 hopefuls voiced support for legislation that would establish a commission to study reparations.

Lee issued a press release on her idea for legislation for a Commission to Consider Reparations Proposals for Africans-Americans.

In the press release Lee said:

“In short, the Commission aims to study the impact of slavery and continuing discrimination against African-Americans, resulting directly and indirectly from slavery to segregation to the desegregation process and the present day. The commission would also make recommendations concerning any form of apology and compensation to begin the long delayed process of atonement for slavery.”

California Democrat Senator Kamala Harris did not address the reparations legislation in her speech but backed the measure in response to a question from Sharpton.

“When I am elected president I will sign that bill,” Harris told Sharpton.

Vermont Independent Senator Bernie Sanders also backed the idea to study reparations. Sanders said, “If the House and Senate pass that bill, of course I would sign it.”

Reparations was a key issue at Sharpton’s meeting and was addressed by Democrats not running for president.

New York Democrat Representative Alexandria Ocasio-Cortez, who is not running for president, also backed the reparations theme in her speech:

Suddenly, support for reparations is a litmus test for Democrats especially those running for president.

The black vote is very important in the upcoming Democrat primaries and the candidates don’t want to be on record as being against reparations and have Sharpton as a political adversary.