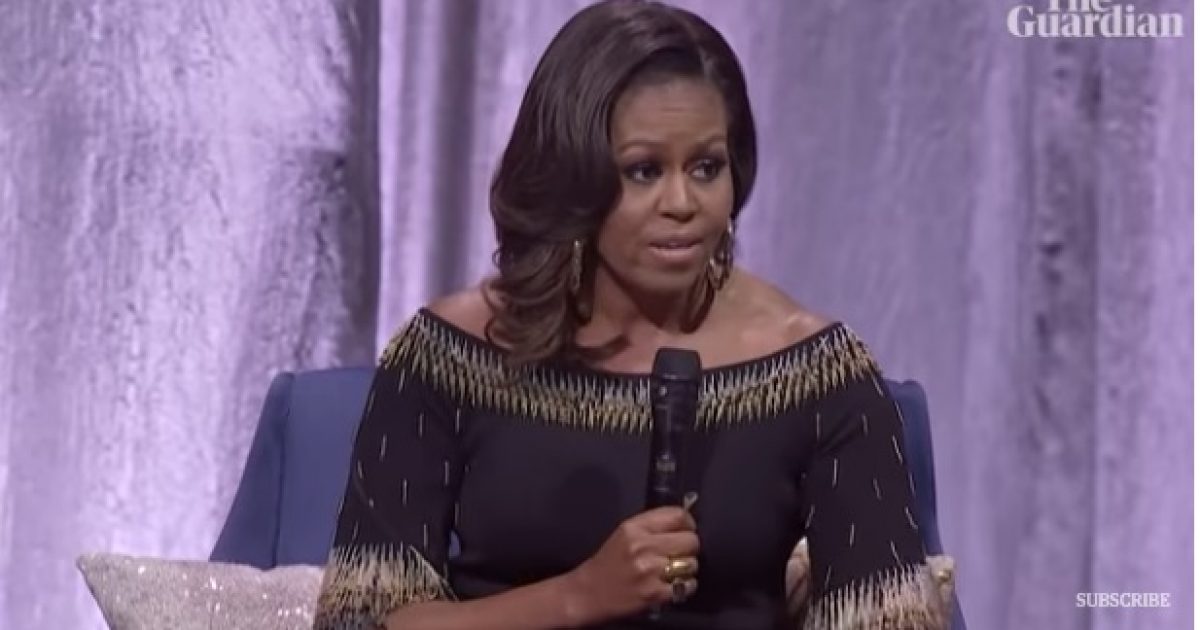 While not specifically mentioning the president by name, Obama referred to President Trump as a “divorced dad.”

She also told the audience her husband’s administration was indictment free.

Late night TV host Stephen Colbert interviewed Obama at the O2 Arena in London, in front of an audience estimated at 15,000.

Asked for her views on the state of US politics, she said: “It’s time for us to roll up our sleeves and if we are not happy with the state of things then, in democracies, we have votes. We have to pay attention and we have to be engaged and we can’t take our rights and liberties for granted. Because if we don’t vote, so

Obama’s book sales are spectacular selling around 10 million copies around the world.

It’s not surprising Obama mocked President Trump since he has essentially erased her husband’s political legacy.