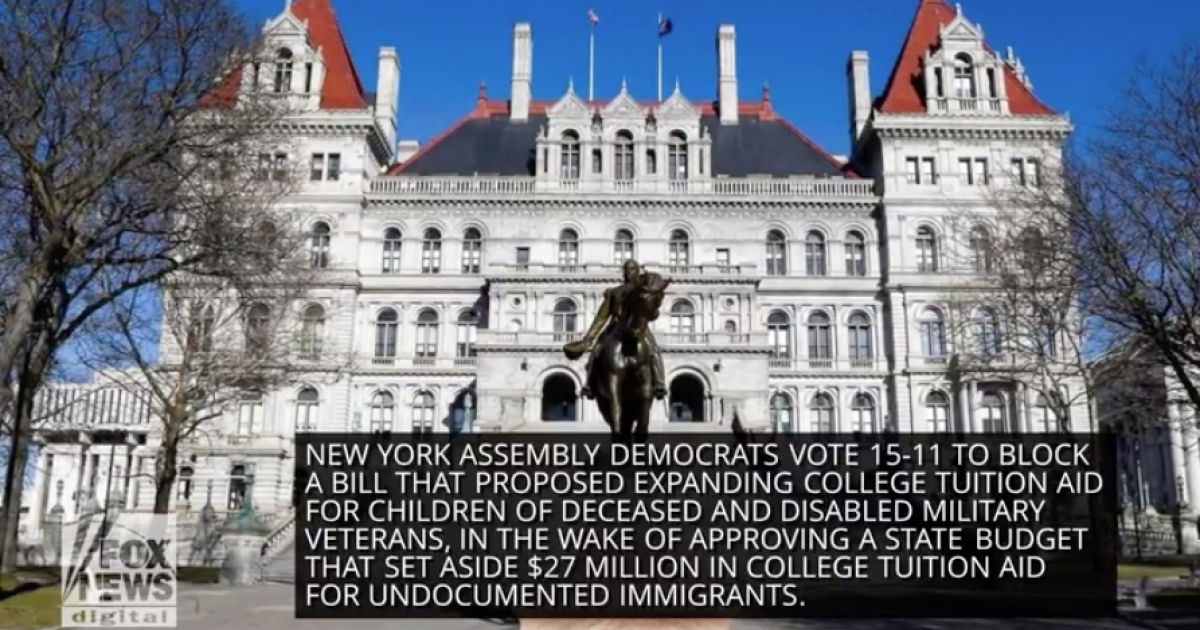 The measure to expand tuition aid for children in Gold Star families was blocked by Democrats in a committee in the New York State Assembly by a 15 to 11 vote.

Assemblywoman Deborah Glick (D-Manhattan), who chairs the committee, said budget constraints weighed against the program expansion, which she estimated would have cost several hundred thousand dollars.

“We will make every effort to ensure going forward, we have some additional resources allocated to the program so that as an entitlement, it is not falling short of the needs of our military families,” she said.

Currently, New York State provides free tuition for children of veterans and is restricted to those disabled or killed in combat areas around the world. The bill that was blocked would have expanded the program to official duty beyond combat.

As New York’s groundbreaking tuition-free college program enters its third year, eligibility will be extended to students whose families make up to $125,000 annually.

It’s outrageous New York State is favoring illegal aliens over the children of veterans disabled or killed while serving our country.