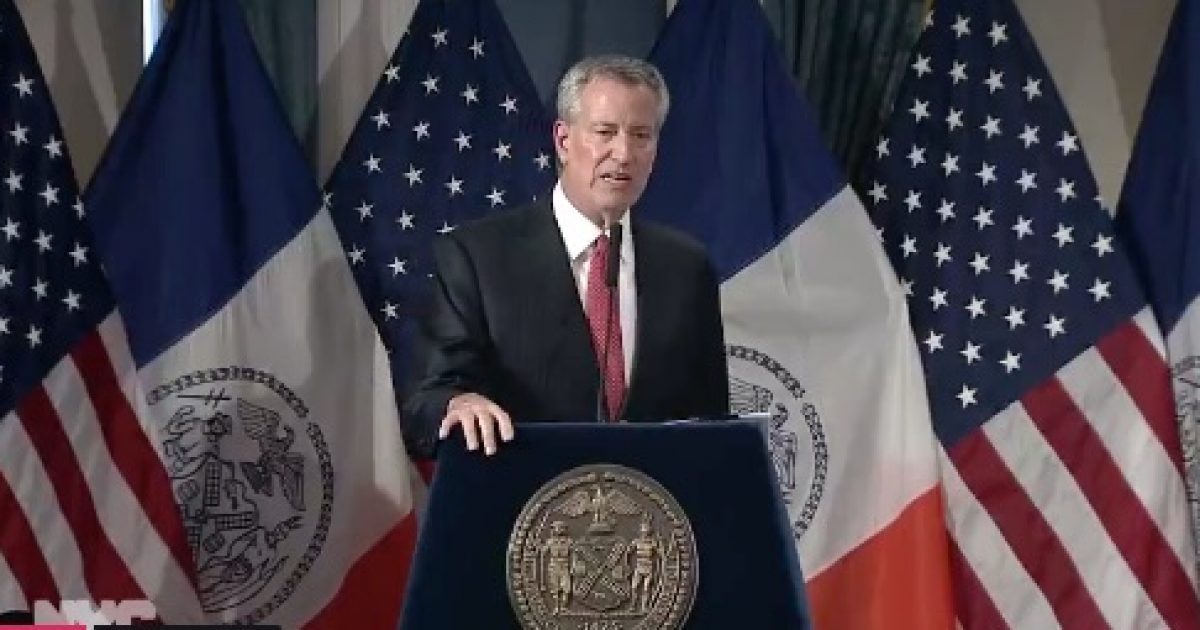 Global warming will sink our city and poison our kids if we don't take action now. #GreenNewDeal pic.twitter.com/yECT393VEQ

De Blasio is targeting glass and steel buildings as part of his climate change effort. These types of buildings in the future will not actually be banned.

According to his plan, glass and steel skyscrapers will have to meet new energy-efficiency standards.

At this point, the new building specifications have not been developed yet.

According to LiveKildly, the mayor wants “… to slash greenhouse gases by phasing out the purchase of processed meat and reducing beef purchases by 50 percent” in agencies run by the city such as schools and hospitals.

De Blasio’s plan shows how the implementation of a Green New Deal will lead to more regulations and a reduction in individual liberty.