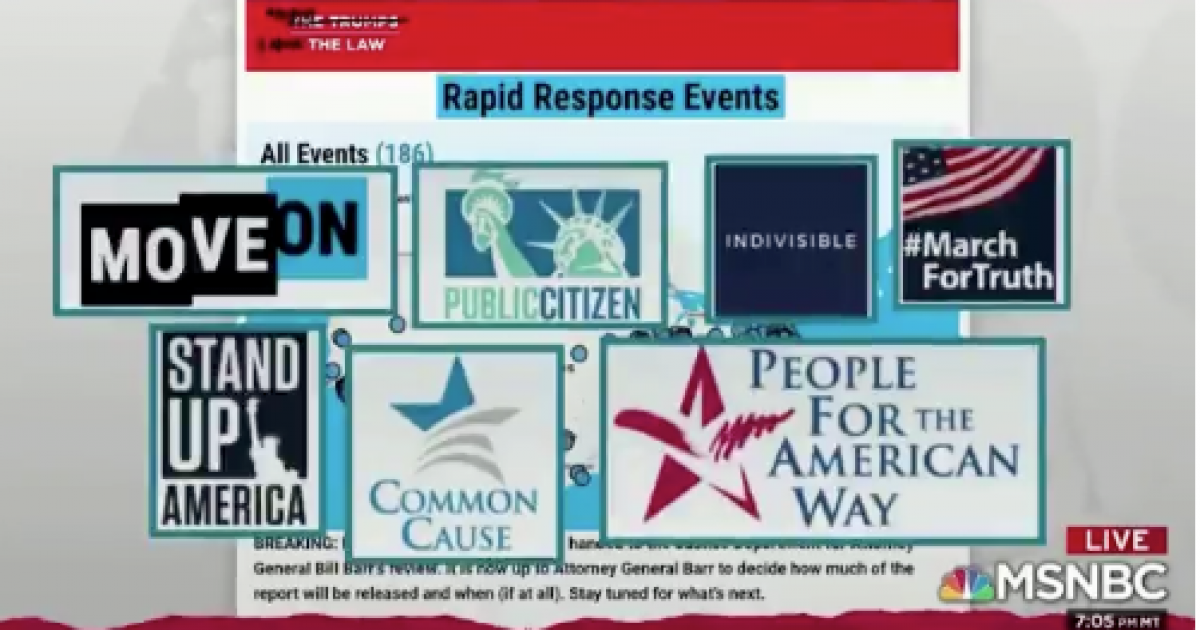 The activist groups are gearing up to protest because they anticipate Attorney General William Barr will not release the full Mueller report.

NBC News described the planned protest, and reported, “With hundreds of locations set across the country, Stand Up America, MoveOn.org, Indivisible and Public Citizen are among the groups orchestrating the April 4 “Nationwide Day of Action.”

According to NBC News, the activist groups originally planned to protest over Barr refusing to release any of the original report but since the attorney general plans to make public part of the Mueller report, activists are changing the focus of their planned protest.

Moveon.org created the website, “Trump is not above the law,” for activists to get involved with the nationwide protest.

The Nationwide Day of Action got a boost from MSNBC’s host Rachel Maddow.

NEWS: @Maddow reporting there will be a nationwide day of action Thursday demanding the immediate release of the full Mueller report. pic.twitter.com/ZyO2B7JEET

Efforts by progressive activist groups are effective because they push Democrats to take extreme positions.