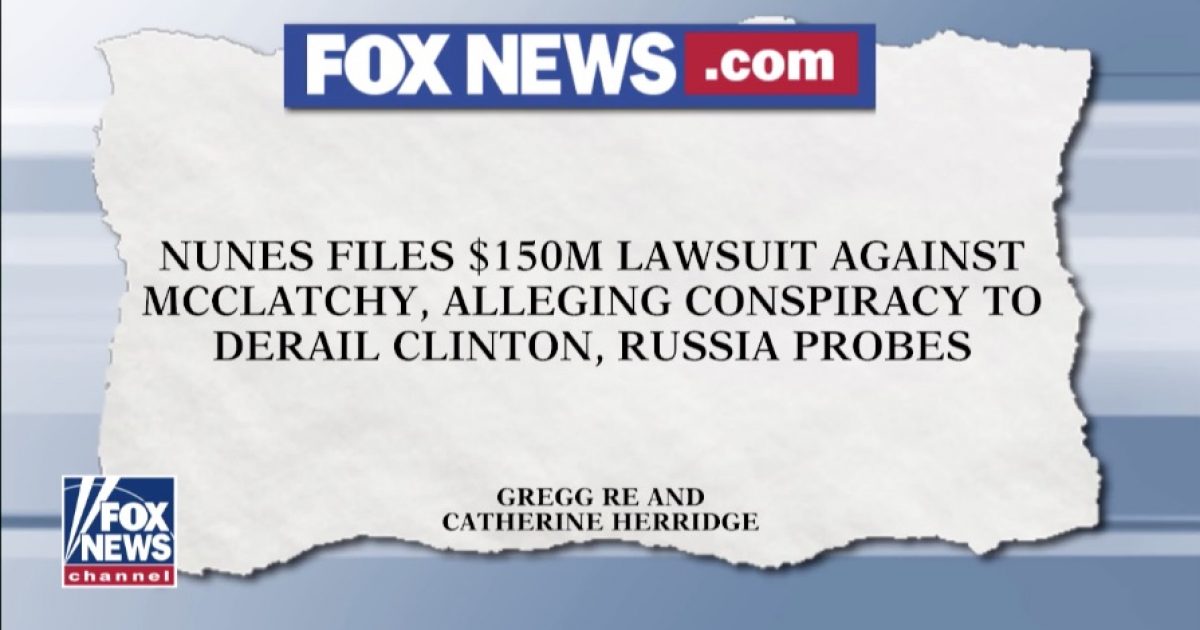 In the lawsuit, Nunes wants $150 million and the removal of a 2018 story in The Fresno Bee, a McClatchy newspaper:

The defamation lawsuit seeks $150 million and the deletion of an article in The Fresno Bee, a McClatchy newspaper, about Alpha Omega Winery, a company that Mr. Nunes partially owns. The article, published last May, described a lawsuit by a server who was aboard a San Francisco Bay cruise in 2015 attended by some of the winery’s top investors, which she said included drugs and prostitution.

The story adds his lawsuit states, Nunes “was not involved in the incident on the yacht and that he considers the article part of a politically motivated scheme to ‘destroy his reputation’ and derail the committee’s investigation into Russian interference in the 2016 presidential election.”

The Fresno Bee reporter that wrote the story promoted it on Twitter:

A woman who worked for the winery (listed as a primary asset of Devin Nunes') sued after she said she was stranded on a yacht with its top investors who were using cocaine and underage sex workers. The cruise was auctioned off as part of a charity event. https://t.co/EQUgBXbgGM

The action against McClatchy is the second lawsuit filed by Nunes this year.

In the Twitter lawsuit, Nunes wants to be paid $250 million in damages and an additional $350,000 in punitive damages.

The complaint was filed in a state court in Virginia.

By suing Twitter and McClatchy, Nunes is trying to hold these companies accountable for attacking his character.

Even if the lawsuits are unsuccessful, it sends a message that attacking public figures has consequences.