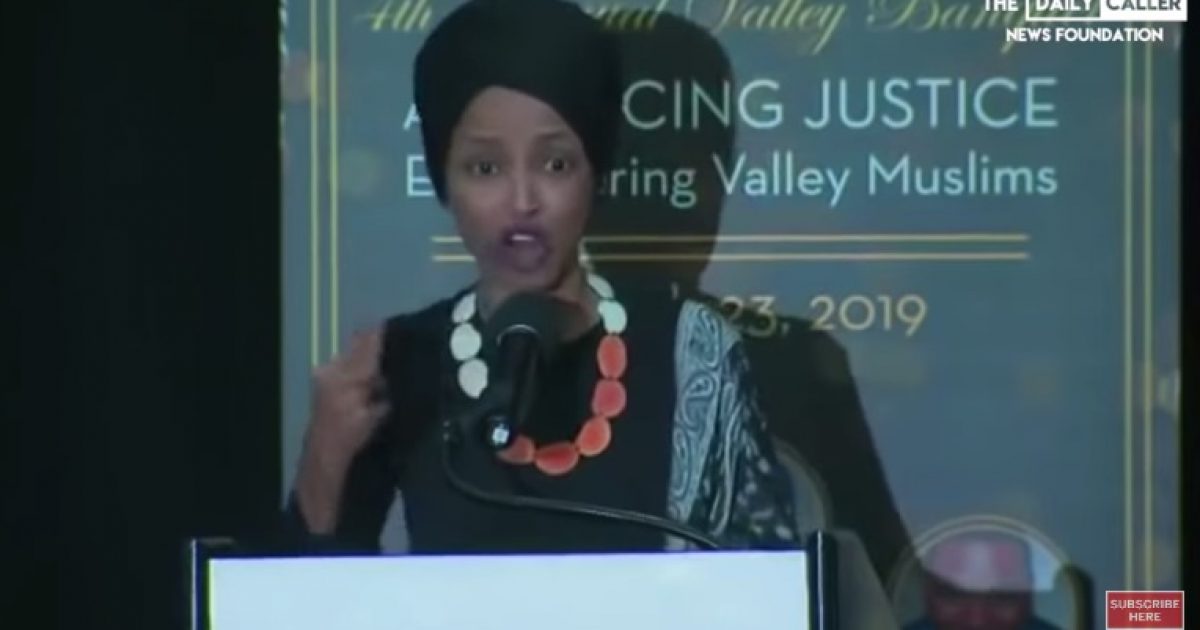 Minnesota Democrat Representative Ilhan Omar described the 9/11 attacks as ‘some people did something.”

Omar made the remarks during a speech last month at a fundraiser for Council on American-Islamic Relations (CAIR) in the greater Los Angeles area.

The comment was made in context to the founding of the organization, “CAIR was founded after 9/11 because they recognized that some people did something, and that all of us were starting to lose access to our civil liberties.”

The Daily Caller posted a segment of her speech:

Omar believes Muslims are second class citizens and they need to defend their rights.

In addition, Omar also criticized President Trump for contributing to an anti-Muslim atmosphere.

First Member of Congress to ever describe terrorists who killed thousands of Americans on 9/11 as “some people who did something”.

By failing to describe the 9/11 attacks as a terrorist strike against America, Omar is trying to redefine history and bend reality to fit her twisted views.