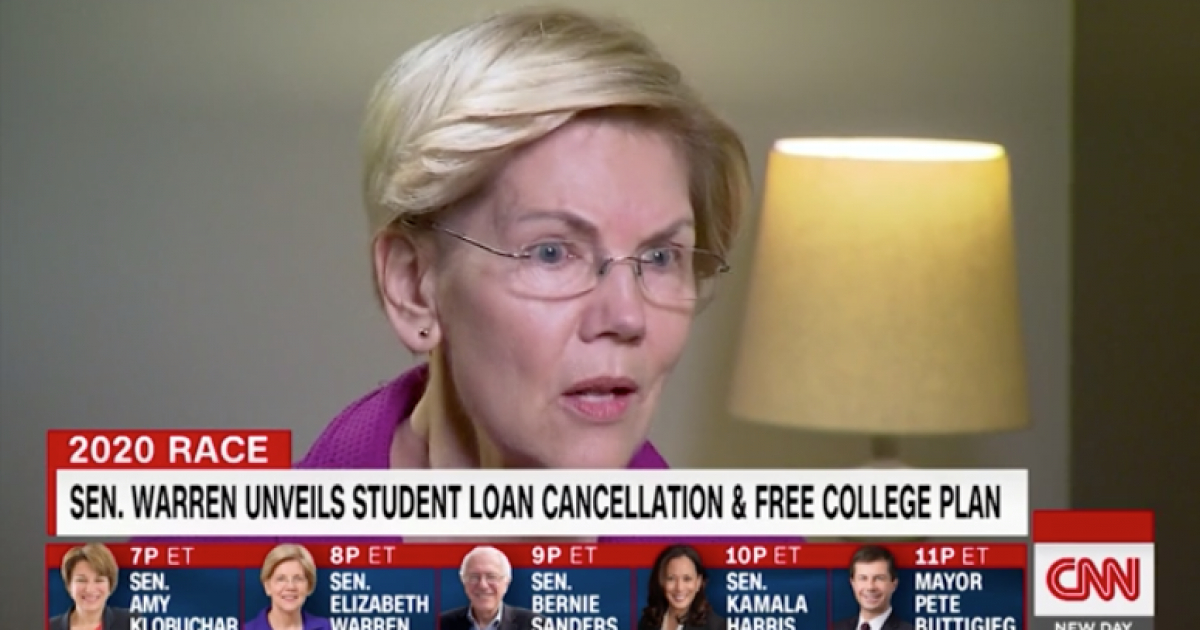 Warren’s plan is estimated to cost $1.25 trillion and she wants to increase taxes on corporations and the wealthy to pay for her idea.

Ms. Warren’s sweeping plan has several planks. She would pay for it with revenue generated by her proposed increase in taxes for America’s most wealthy families and corporations, which the campaign estimates to be $2.75 trillion over 10 years. In addition to eliminating undergraduate tuition at public colleges and universities, she would expand federal grants to help students with nontuition expenses and create a $50 billion fund to support historically black colleges and universities.

Student loan debt is crushing millions of families. That’s why I’m calling for something truly transformational: Universal free college and the cancellation of debt for more than 95% of Americans with student loan debt. Read all about it here: https://t.co/IG9J5CiNb7

Warren discussed her plan in an interview on CNN.

Warren’s “free stuff” plan is a desperate attempt to buy votes from young voters who are straddled with student loan debt.