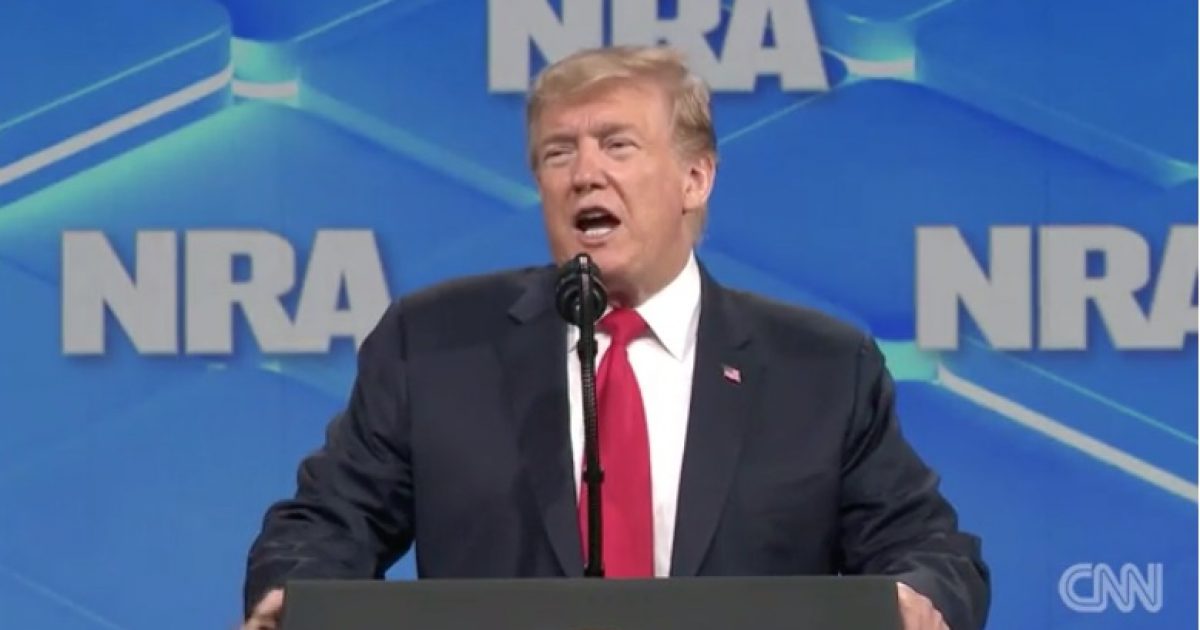 The president urged the attendees to back his re-election effort and he promised to defend gun rights.

In addition, President Trump announced he was withdrawing the U.S. from the U.N. Arms Trade Treaty.

The NRA strongly opposed the U.N. Arms Trade Treaty that was signed by former President Obama but was never ratified by the Senate.

“You see what’s going on. ‘Let the Boston bomber vote.’ He should be voting, right? I don’t think so,” the President said at the meeting. “‘Let terrorists that are in prison vote.’ I don’t think so. Can you believe it? That this where some of these people are coming from? And they’re the most popular ones.”

The NRA attendees eagerly responded to the president and his message but there was a moment of concern when a cell phone was thrown on the stage as President Trump approached the podium.

A man threw a cell phone on stage when President Trump walked out for his @nra speech. He threw it stage left, while POTUS was closer to stage right. The man hung around up front for a few minutes, carrying Mt. Dew, as POTUS started remarks and then Secret Service removed him.

In a statement to Fox News, the Secret Service said: “At approximately 12:30 p.m. (ET) today, President Trump was at an event in Indianapolis, IN. As the President was walking onto the stage, but prior to his remarks, a cell phone from the crowd landed on the opposite side of the stage. An individual was removed from the event and the investigation is continuing.”

According to the story, the man was arrested and law enforcement officials are conducting an investigation.

Gun rights are an important issue for many Americans and NRA members represent an important voting base for President Trump.