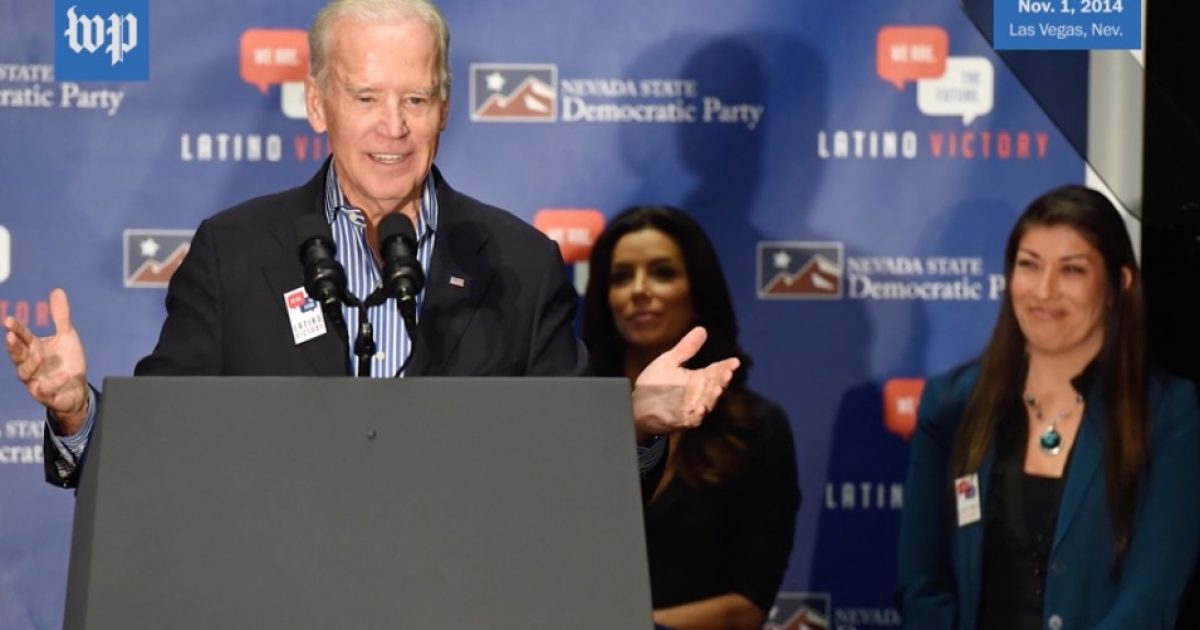 A second woman is accusing former Vice President Joe Biden of inappropriate touching at a 2009 fundraising event in Greenwich, Connecticut.

Amy Lappos told The Hartford Courant, “He put his hand around my neck and pulled me in to rub noses with me. When he was pulling me in, I thought he was going to kiss me on the mouth.”

She also said she didn’t believe it was sexual in nature, “but he did grab me by the head.”

Lappos issued a statement expressing disappointment in the Democrat Party in justification for coming forward with her claim against Biden.

The Hartford Courant story said Biden’s spokesperson used the same statement that was issued in response to Flores for the new claim.

“In my many years on the campaign trail and in public life, I have offered countless handshakes, hugs, expressions of affection, support and comfort. And not once – never – did I believe I acted inappropriately,” Biden said. “If it is suggested I did so, I will listen respectfully. But it was never my intention. I may not recall these moments the same way, and I may be surprised at what I hear. But we have arrived at an important time when women feel they can and should relate their experiences, and men should pay attention. And I will.”

Flores was not pleased by Biden’s statement.

Lucy Flores tells CBSN that Joe Biden's response to her accusation of inappropriate touching hasn't been enough: "I really need to him to acknowledge that that behavior wasn't appropriate" https://t.co/tfVs4cf3WM pic.twitter.com/IDEayfn9E2

In addition to the inappropriate behavior claims, progressives are not thrilled with Biden as the candidate to face President Trump in 2020.

The Huffington Post story, “7 Reasons Progressives May Want To Avoid A Joe Biden Candidacy,” outlines the problems progressives have with Biden.

The Washington Post produced a video describing Biden’s behavior in the context of the way he has always acted which is now being viewed differently.

Biden has not yet declared he is running for president.

The negative news about Biden is coming at the worst possible time.

Instead of the media talking about his political strengths as the possible Democrat nominee for president, the media are focusing on his behavior around women.