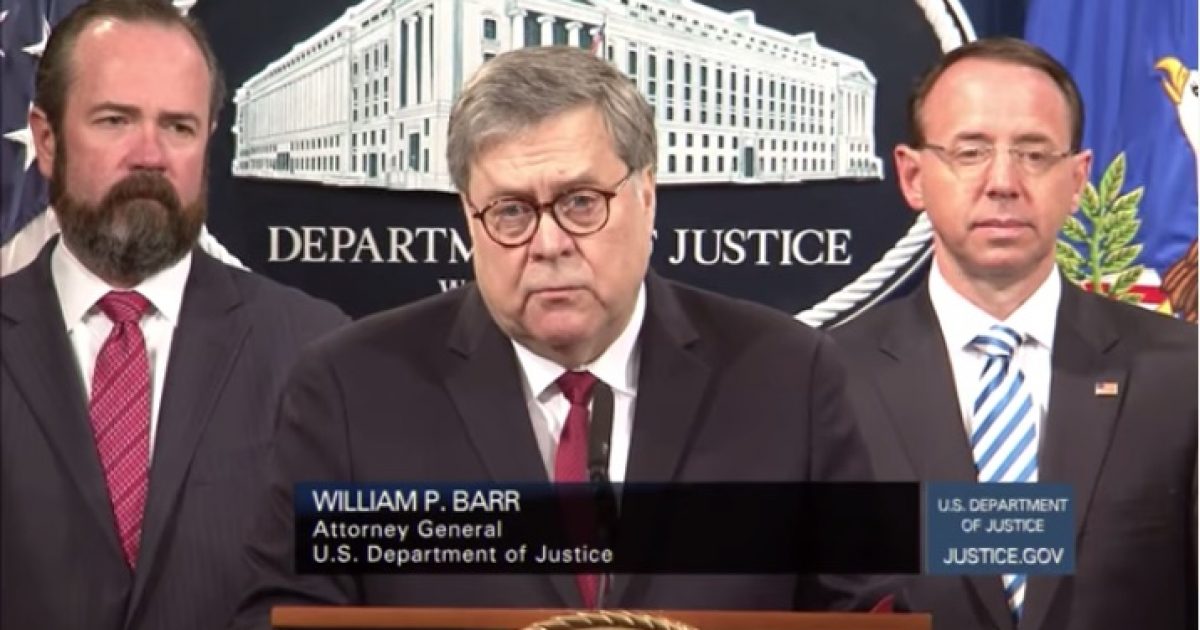 Attorney General William Barr appointed a federal prosecutor to investigate the start of the Russia probe which resulted in the FBI spying on the Trump campaign, according to news sources.

Attorney General William Barr has appointed a U.S. attorney to examine the origins of the Russia investigation and determine if intelligence collection involving the Trump campaign was “lawful and appropriate,” according to a person familiar with the issue.

The selection of Durham to head the investigation follows Barr’s Congressional testimony that “spying” on the Trump campaign did occur. The question is not whether the Trump campaign was being watched but was the spying justified.

In the past, Durham has investigated wrongdoings of federal intelligence authorities.

In addition to Durham, the Department of Justice inspector general is also looking into aspects of the department’s investigation of the Trump campaign.

Meanwhile, Democrats are escalating their attacks against Barr because he did not comply with their request for an unredacted copy of Special Counsel Robert Mueller’s report on Russia interference during the 2016 election.

The House Judiciary Committee voted to hold Barr in contempt of Congress and some are calling for Barr to be arrested for failing to follow their demand.

Rep. Steve Cohen, D-Tenn., was one of the first calling for the House to pursue “inherent contempt,” which would have Barr arrested by the sergeant at arms—a tactic reportedly not employed since the 1930s.

It’s not a coincidence that Democrats’ attacks against Barr correlates with the attorney general’s investigation of the investigators.