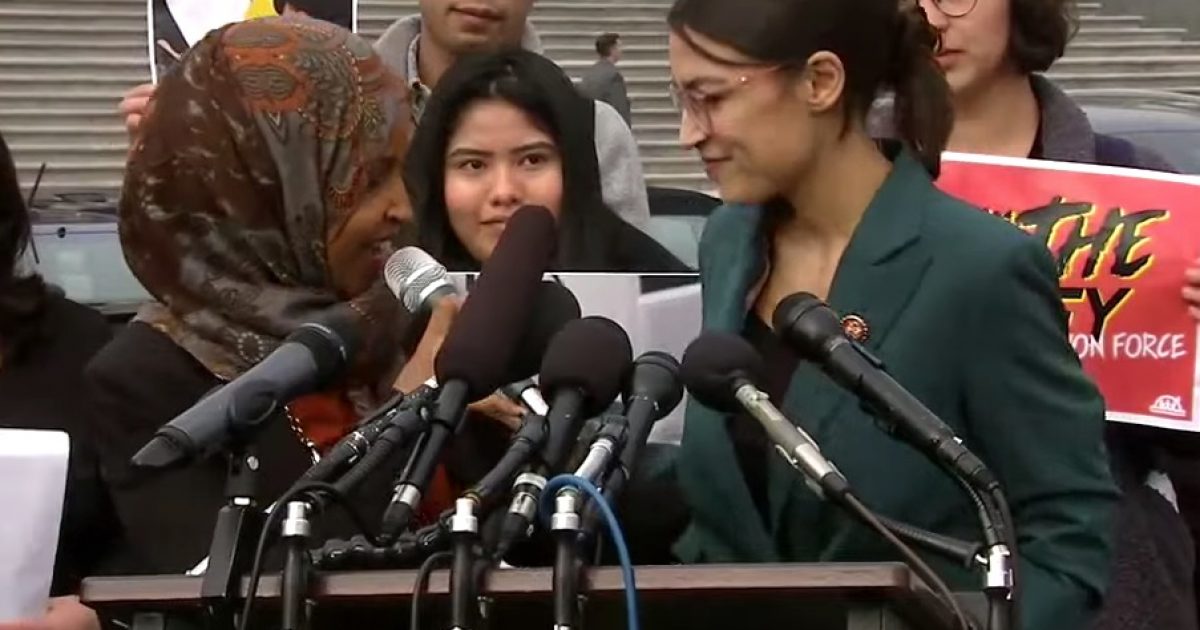 The Democrat Party is in a death spiral, and efforts to save it from falling into the political abyss are doomed to fail.

Outspoken freshman Democrat representatives and the socialist-leaning 2020 presidential candidates are setting the policy narrative and labeling Democrats as the party for extremist politicians and polices. Medicare for All, reparations for black Americans, free college tuition, student loan debt forgiveness, the Green New Deal, wealth redistribution, and allowing felons to vote from prison are part of the Democrat narrative.

Compounding the move to the left-wing fringe, Democrats are using their control of the House of Representatives to attack President Trump and not to advance policy initiatives to solve problems facing Americans.

The finding by special counsel Robert Mueller that neither President Trump nor his campaign conspired with Russian officials to affect the 2016 presidential election had no impact on Democrats. Instead of addressing health insurance or the crisis at the U.S.-Mexico border, Democrats are demanding President Trump’s tax returns, and some are calling for his impeachment.

The lurch to the extreme Left and the efforts to investigate everything about the president bring with them a branding problem for Democrats that has the potential to backfire in the 2020 elections.

A new NBC News/Wall Street Journal poll reported that Republicans closed the enthusiasm gap for the upcoming 2020 presidential election. According to the poll, registered Republican voters expressed a keen interest in the 2020 presidential race on a 10-point scale, reaching the same level of interest as Democrats. During the 2018 midterm elections, Democrats had the enthusiasm advantage.

Panicked by the surge of extremism, establishment Democrats are looking to former Vice President Joe Biden as their 2020 nominee to rescue the party from the political cliff.

In a parallel effort that realizes extremism is not a path to political victory, a group of Democrats launched an effort to rebrand the party. The group started Future Majority, a nonprofit organization dedicated to defining the Democrat Party in more moderate terms and helping the party communicate the new branding messaging.

To position Democrat politicians as mainstream, Future Majority promoted the newly elected members of the House of Representatives in a video on twitter highlighting their background as “community leaders and Purple Heart recipients, they are business women and entrepreneurs.”

Missing in the Democrat branding video were Reps. Alexandria Ocasio-Cortez, D-N.Y., Ilhan Omar, D-Minn., and Rashida Talib, D-Mich., who represent the extremist arm of the party.

Concerned about Democrats being associated with socialism, Future Majority is advocating the idea of “Smart Capitalism,” which recognizes the importance of free markets but includes regulations and government as a “partner.”

The problem for Democrats is that actions and words matter, and Americans will judge the party by what its members say and do.

Recent polls show a troubling sign for Democrats. In February, a Harvard CAPS/Harris poll reported that 64 percent of registered voters believe that the Democrat Party backs socialism. That’s an important data point, because the socialism label is not viewed as a positive attribute by registered voters. According to a NBC News/Wall Street Journal poll, socialism was the least desirable characteristic in a presidential candidate, with only 25 percent of voters viewing a socialist candidate as desirable.

The crisis at the southern border is also a problem for Democrats. As arrests of migrants illegally entering the U.S. are surging, Democrats are ignoring the crisis. In April, nearly 100,000 immigrants were arrested between the ports of entry along the border with Mexico, reaching a level not seen since 2007.

Democrat inaction on border security is showing signs of backfiring. A recent ABC/Washington Post poll reported a rise in the percentage of Democrats and independents who view illegal border crossings as a crisis. Since January, there was a 17-percent jump in Democrats seeing illegal immigration at the southern border as a crisis and a nine-percent increase among independents.

All the spin-doctoring in the world by groups such as Future Majority can’t hide the fact that extremism dominates the Democrat Party, and failing to address serious issues like the illegal migration crisis is a losing formula for the 2020 elections.