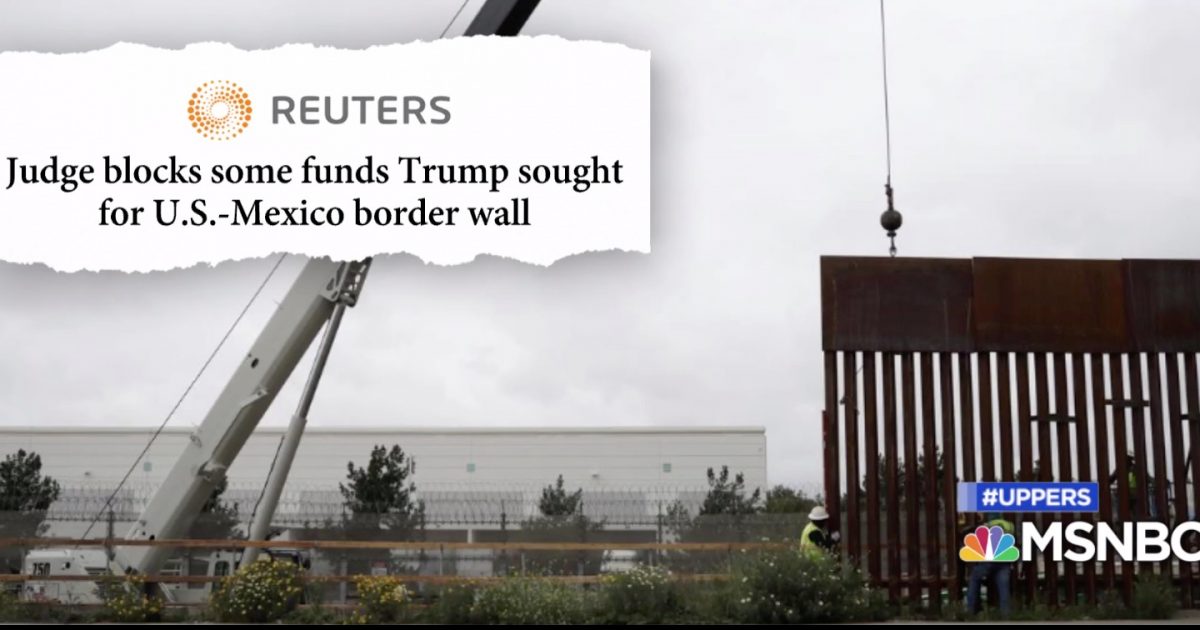 U.S. District Judge Haywood S. Gilliam Jr., from the United States District Court for the Northern District of California, blocked President Trump’s plan to use military funds to construct part of the wall on the southern border.

Gilliam based his decision on the grounds that the Executive Branch can’t transfer funds to address an issue that Congress has not specifically appropriated.

The law the administration invoked to shift funds allows transfers for “unforeseen” events. Gilliam said the government’s claim that wall construction was “unforeseen” “cannot logically be squared” with Trump’s many demands for funding dating back to early 2018 and even in the campaign.

CNN reports the decision is a setback for President Trump but it “…does not prevent the Trump administration from using funds from other sources to build the projects….”

The judge’s ruling was a result of a lawsuit by the American Civil Liberties Union that was representing the Sierra Club and Southern Border Communities Coalition.

The court’s ruling stops the irreparable and real damage Trump’s border wall would cause to our constitutional checks and balances, the rule of law, border communities, and the environment. https://t.co/paxQQtqLm2

The court fight over border wall construction would not have happened had Democrats backed President Trump’s funding request to secure the border.