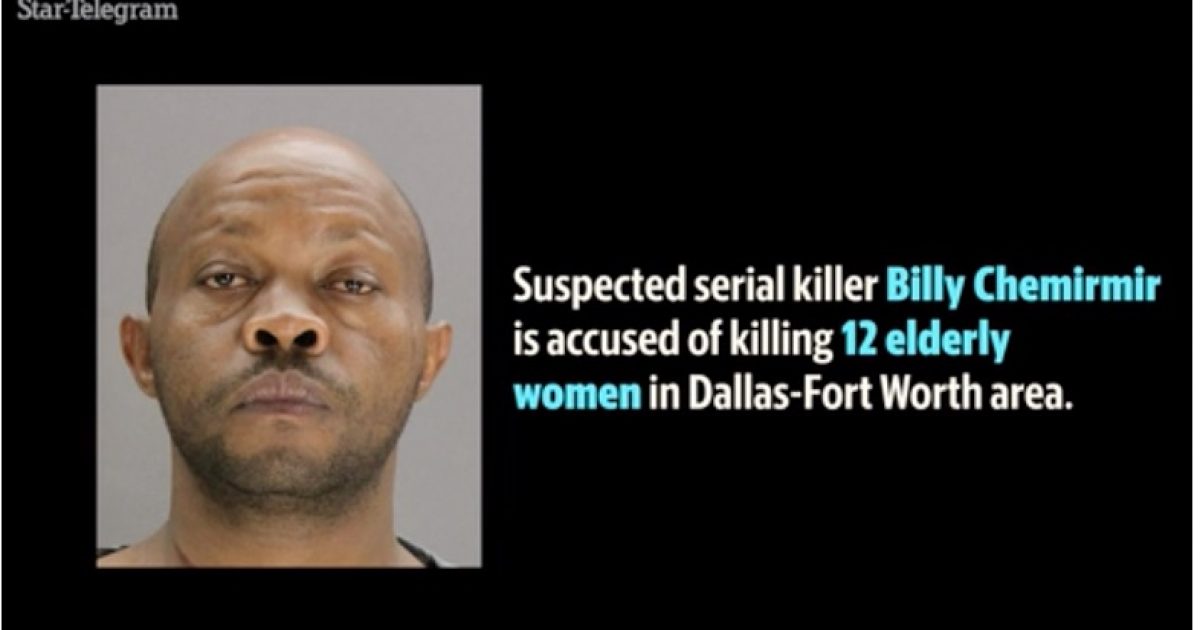 An illegal alien from Kenya was charged with numerous counts of capital murder for allegedly preying on senior citizens in Dallas, Texas.

The Fort Worth Star-Telegram reports:

Billy Chemirmir, 46, posed as a caregiver for women across the Metroplex before killing and robbing them, according to police and court documents. As of Tuesday, Chemirmir was accused of killing 12 elderly women and attempting to kill two others in the DFW area.

The story adds that investigators discovered evidence, including women’s jewelry, in his apartment.

Watch the video of the Plano Texas Police press briefing on the murder charges.

The arrest of an illegal alien charged with murder comes at a time when border security is a top priority of President Trump.

We are here on this beautiful spring day to unveil our plan to create a fair, modern & LAWFUL system of immigration for the U.S. If adopted, our plan will transform America’s immigration system into the pride of our Nation and the envy of the modern world. https://t.co/YqyTYgTByD