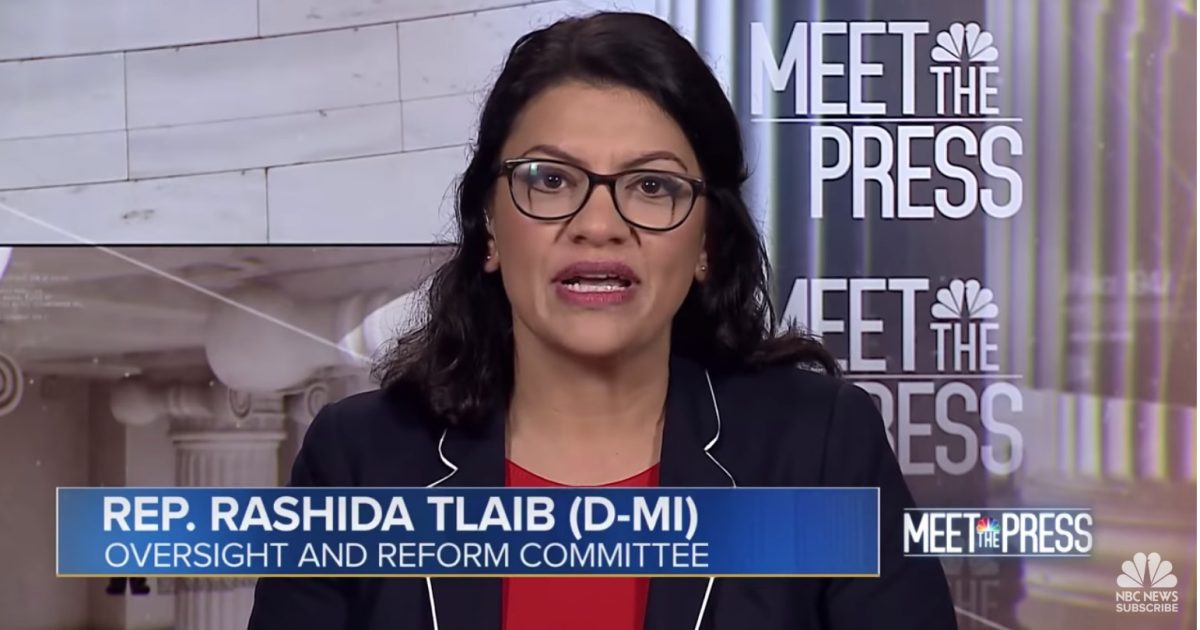 Tlaib said President Trump is preventing Congress from doing its job and the oversight responsibility of Congress is failing to function because of the president’s refusal to cooperate.

When asked by Todd why impeachment is not being backed by most House Democrats, Tlaib responded, “I think it is moving toward that. It’s going to demand that.”

Congress can't do our job when the cabinet members hide behind a king-like President who ignores our requests for info on children being caged at the border, their HUD policies, roll back of consumer protections and it goes on and on. #ImpeachmentInquiryNow https://t.co/ir2vDL2CUb

Impeaching President Trump is not a new agenda item for Tlaib – after being sworn in as a Representative she urged impeachment.

“And when your son looks at you and says, ‘Mama look, you won. Bullies don’t win,’ and I said, ‘Baby, they don’t,’ because we’re gonna go in there and we’re going to impeach the motherf****r,” Tlaib said Thursday, speaking of Trump, according to a video posted on Twitter by Nestor Ruiz, an activist with United We Dream.

Tlaib refused to apologize for her obscene anti-Trump comments.

I will always speak truth to power. #unapologeticallyMe

So far, House Speaker Nancy Pelosi (D-CA) has resisted the impeachment movement but the energy for such an effort is being boosted by Democrats such as Tlaib.