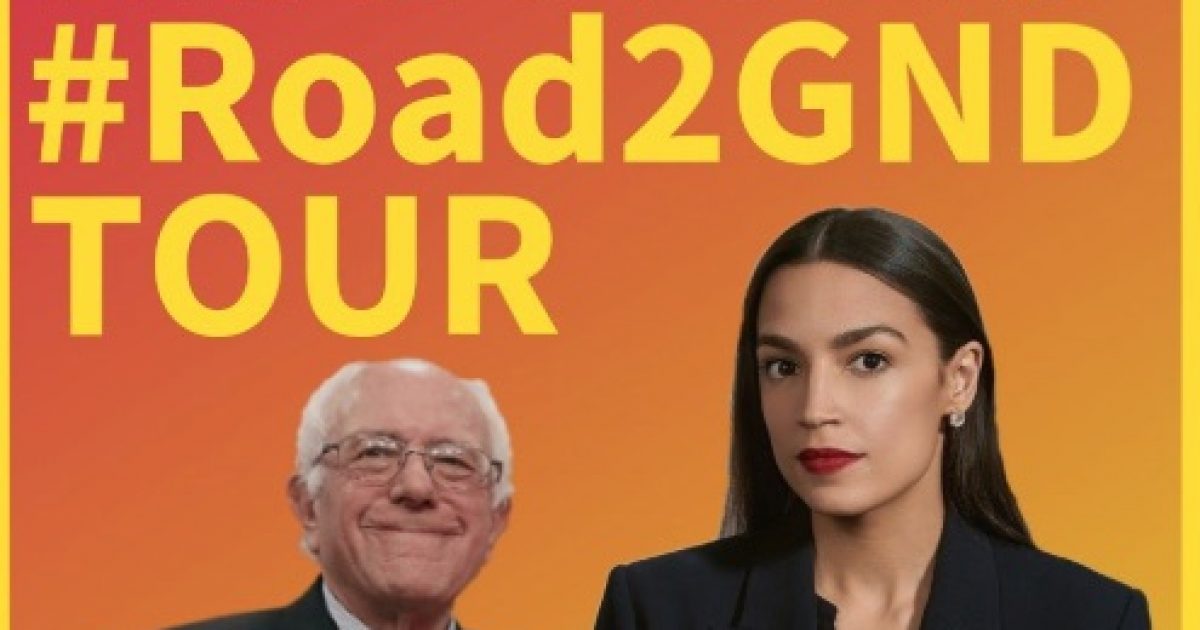 The rally on May 13 is being organized by the Sunrise Movement and it’s part of a nationwide tour to promote the Green New Deal.

Monday’s rally at Howard University will mark the end of the Sunrise Movement’s nationwide “Road to a Green New Deal Tour.” About 1,500 people are expected to attend, including Sen. Ed Markey (D-Mass.), who introduced the Green New Deal earlier this year with Ocasio-Cortez.

??TONIGHT AT 7PM EST tune in to the livestream of our final tour stop in Washington DC ??????

The Sunrise Movement posted a promotional video for the tour.

The Sunrise Movement will continue to promote the Green New Deal at the presidential debate planned in Detroit and the organization wants to take advantage of the upcoming elections to “make the 2020 election a referendum on the Green New Deal.”

BIG NEWS: @SenSanders is joining us Monday with @AOC, @SenMarkey, and more for the final #Road2GND tour stop in DC where we'll launch the next phase of the #GreenNewDeal campaign. https://t.co/SeYQxPolBT

In 2018, the Sunrise Movement led a protest in Congress soon after Democrats took control of the House of Representatives.

In fact, activists targeted then-Democratic leader Nancy Pelosi and protested at her office.

The plans to make the Green New Deal a big part of the Democrat primary sets up the Sunrise Movement as a leading nemesis for 2020 presidential candidate former Vice President Joe Biden who is planning a moderate approach to address climate change.