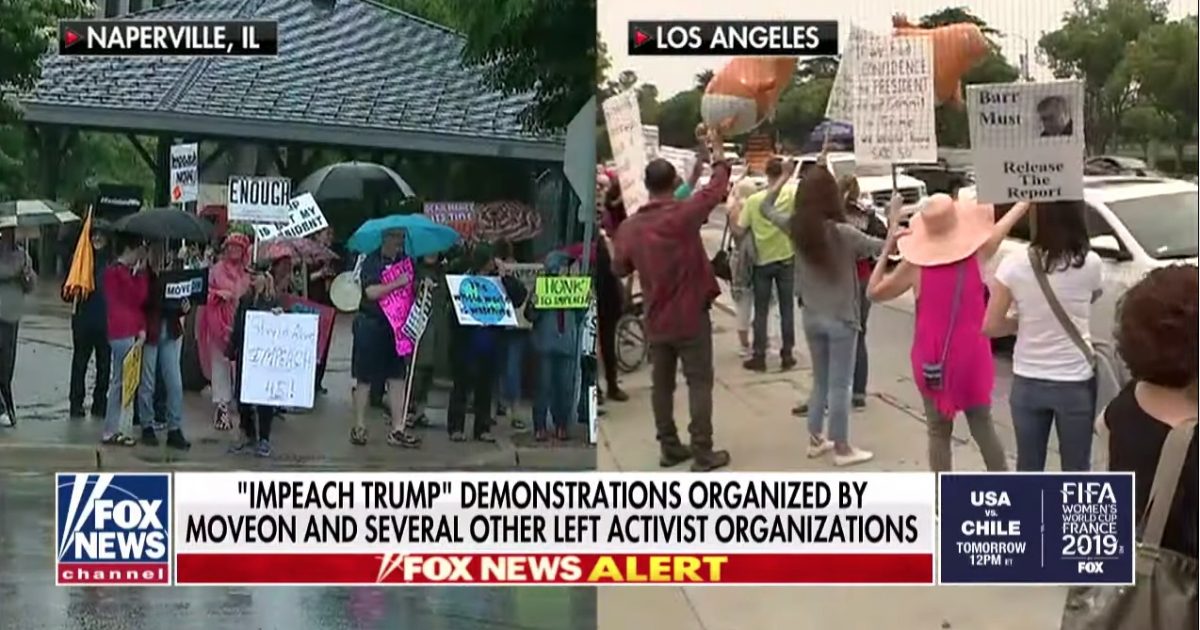 An impeach President Trump petition by MoveOn.org has over 10 million signatures, according to the organization.

The organization also launched a nationwide rally to generate interest in impeaching the president and activists gathered in numerous cities on Saturday.

The rally invitation posted on the MoveOn.org website urges Congress to take action against the president by holding “… an inquiry into whether to draft articles of impeachment.”

The Mercury News reported over 140 rallies were planned with more than a dozen in California.

Meanwhile, according to a new NBC/Wall Street Journal poll, there was a 10 point jump with those that feel “… there’s enough evidence to begin impeachment hearings now.”

“Almost all the growth in support for impeachment has come from Democrats, with 48 percent of them wanting impeachment hearings now, versus 30 percent who said this a month ago.”

While House Speaker Nancy Pelosi (D-CA) is not backing the impeachment effort, the growing support from activists and some of her Democrat House colleagues might force her hand in that direction.