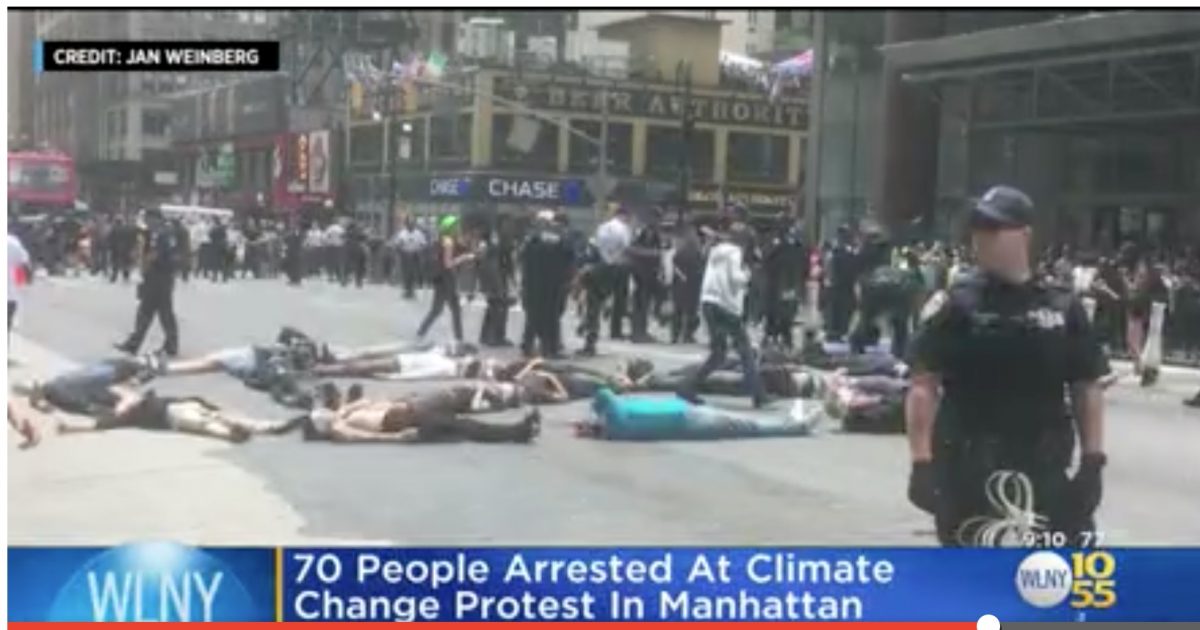 Sixty-seven protesters were taken into custody by New York City police and three others were arrested by Port Authority officers, according to CBS News.

The protest was organized by Extinction Rebellion a climate change activist group.

The protesters blocked traffic on 8th Avenue between The New York Times building and the Port Authority Bus Terminal.

"Tell the truth" chant by protestors who faced arrest. pic.twitter.com/sgefBiBOcX

The protest was aimed at making The New York Times cover more stories on climate change.

One protester, Donna Nicolino, told the Guardian she was ready to be arrested, because “we want the New York Times as well as all the other media to treat climate change as the crisis it is”.

Extinction Rebellion has been at Cannes Lions this week urging the ad industry to act on the climate and ecological emergency facing the world. But its mission has turned sour after scrapes with security during a peaceful protest at the festival.

Environmental activist groups have a long history in using aggressive tactics to get attention and Extinction Rebellion is the latest group to follow that path.