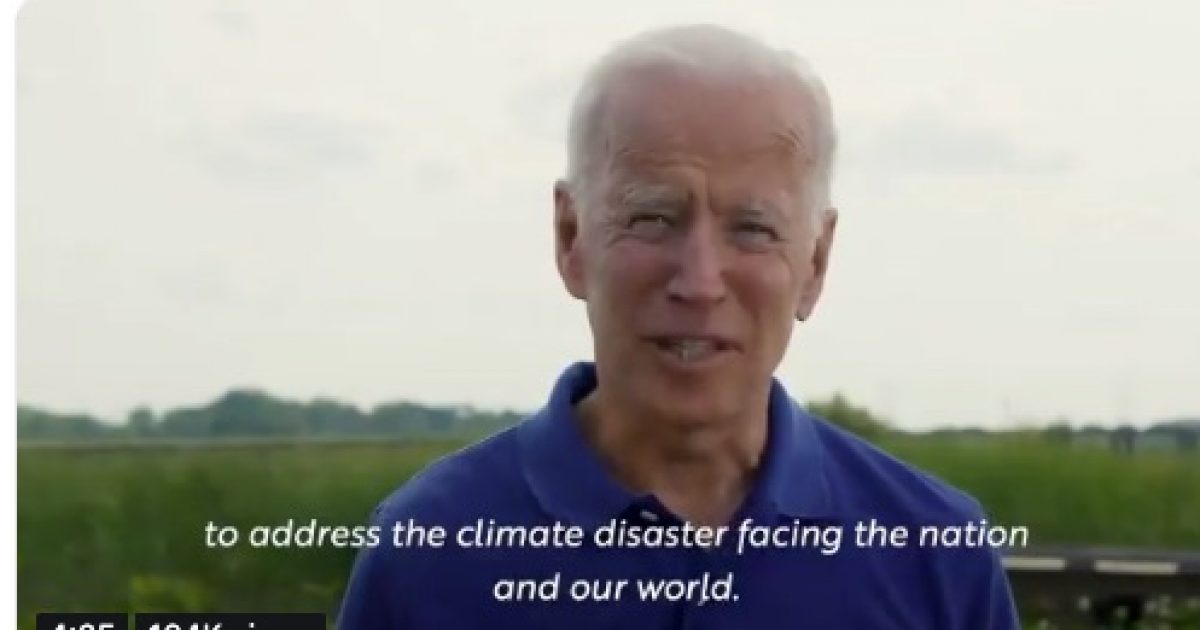 Passages in Biden’s climate change plan on emissions from aviation and carbon capture are identical to other sources. The apparently copied material did not include citations to the original sources.

Biden’s campaign told Business Insider the citations were “…inadvertently left out of the final version” and they promptly updated the climate change plan.

Biden’s climate change plan includes some of the goals of the Green New Deal. It seeks to pass a law to reduce greenhouse gas emissions by 2050 to make the U.S. a net zero emitter of those emissions by that time.

The plan is estimated to cost $1.7 trillion and Biden also promises to rejoin the Paris climate change agreement.

We are in a climate emergency and we must take drastic action now to address it. So today, I’m announcing my plan for a Clean Energy Revolution and Environmental Justice.https://t.co/FbsOsyQkIo pic.twitter.com/SBDrdiFu2C

The climate change plan offered by Biden is more aggressive than originally thought and it’s meant to appease the radical elements of the Democrat Party.

However, at the end of the day, making traditional energy sources more expensive via a federal law will represent a political problem in key battleground states that rely on cheap energy for jobs if Biden becomes the Democrat nominee.

Biden is living for the political moment and will worry about the consequences of his climate change policy during the general election if he gets there.