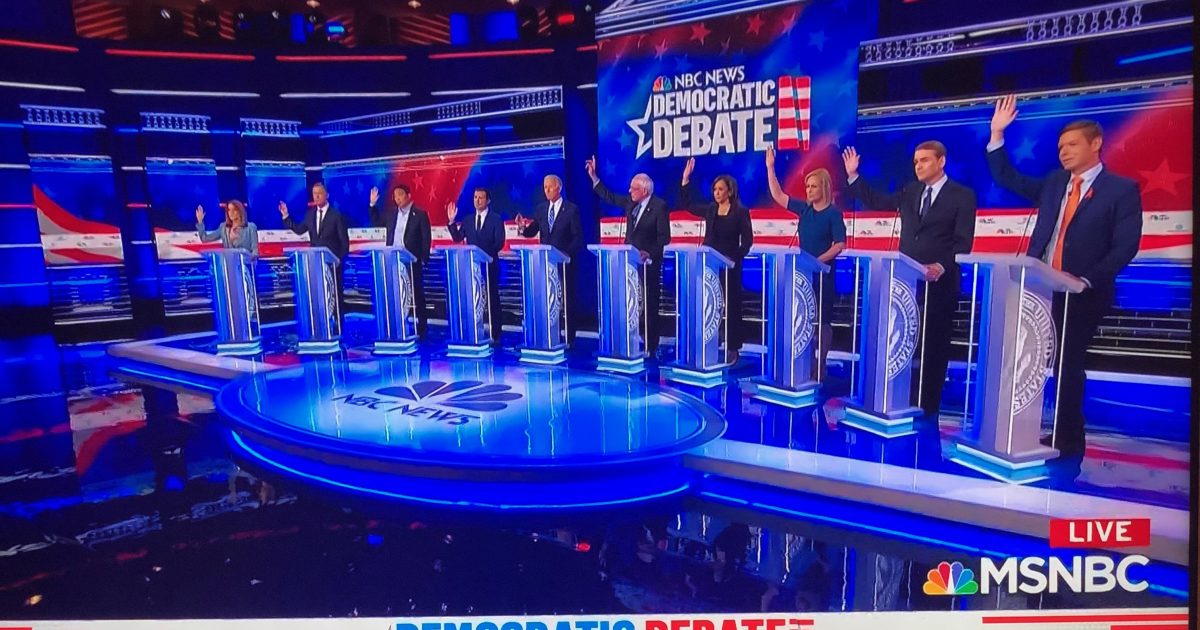 The 2020 candidates made the vow during the second-night debate at the Adrienne Arsht Center for the Performing Arts in Miami.

President Trump jumped on the Democrats’ support for illegal aliens:

All Democrats just raised their hands for giving millions of illegal aliens unlimited healthcare. How about taking care of American Citizens first!? That’s the end of that race!

California recently passed a bill that will allow illegal aliens between the ages of 19 and 25 to get the state’s Medicaid program called Medi-Cal. The plan is estimated to cost about $98 million.

Millions of Americans struggle to pay their own health care bills.

We can’t afford their extreme agenda!

Putting illegal aliens before Americans is a losing political argument and it will doom Democrats in the 2020 election.