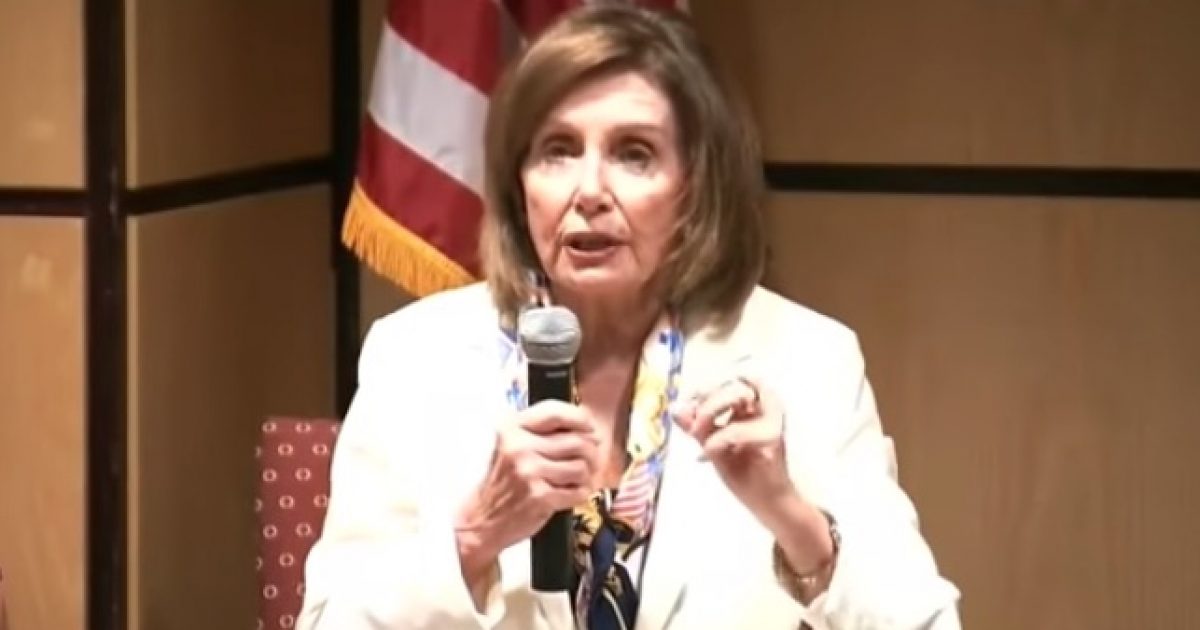 House Speaker Nancy Pelosi (D-CA) proves she cares more about the welfare of illegal aliens and less about the rule of law.

While speaking at an event in New York, Pelosi told the audience about her telephone discussion with President Trump over his decision to temporarily halt the deportation raids of illegal aliens.

Pelosi said she urged President Trump not go through with the ICE raids, saying there’s no justification for the deportations.

“I said, a violation of status is not a reason for deportation, that’s just not so,” Pelosi said she told Trump.

Pelosi also said she told President Trump he is “scaring the children.”

President Trump Tweeted about his decision to temporarily suspend the deportation raids.

At the request of Democrats, I have delayed the Illegal Immigration Removal Process (Deportation) for two weeks to see if the Democrats and Republicans can get together and work out a solution to the Asylum and Loophole problems at the Southern Border. If not, Deportations start!

Pelosi criticized President Trump in a Tweet and blamed him for the problems at the southern border.

Trump’s failed policies have exacerbated the situation at the border, where children endure inhumane conditions on a daily basis. This week, the House will advance legislation to protect families & fund effective, humane alternatives to detention. https://t.co/dyTjTSpvFt

The delayed ICE deportation raids were going to target illegal aliens in 10 cities.

Acting ICE Director Mark Morgan said the raids were delayed due to media leaks of the raids which put ICE officers in danger.

President Trump is using the two-week delay to allow Congress time to negotiate a plan to address immigration laws.