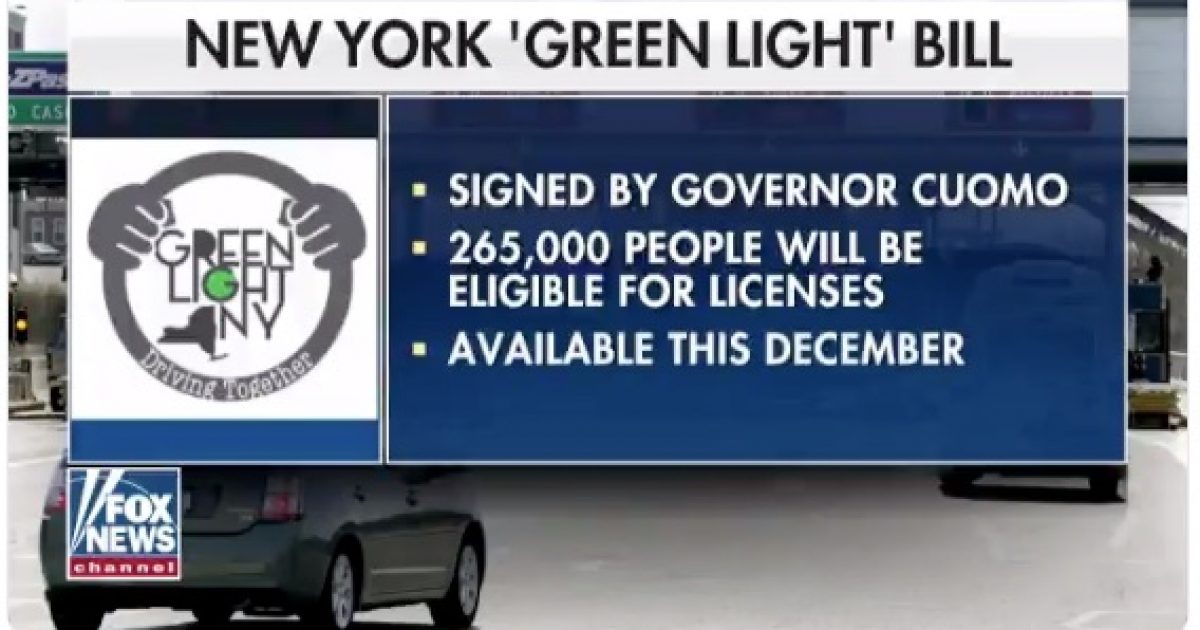 New York State became the 13th state to allow illegal aliens the opportunity to get a driver’s license.

Fox News reported on the bill.

Riverhead Local reported on the details of the bill:

The Driver’s License Access and Privacy Act authorizes the issuance of standard driver’s licenses to undocumented immigrants who present proof of identification, pass a written test and a road test. The licenses will indicate that they are not valid for federal identification purposes and do not entitle the holder of the license to register to vote.

The controversial bill was passed despite a poll that reported 53 percent of New Yorkers opposed giving illegal aliens the opportunity to get drivers licenses.

In sharp contrast, while New York State is giving privileges to illegal aliens, President Trump is promising to remove them from the U.S.

Next week ICE will begin the process of removing the millions of illegal aliens who have illicitly found their way into the United States. They will be removed as fast as they come in. Mexico, using their strong immigration laws, is doing a very good job of stopping people…….

Democrats in deep blue states such as New York are putting the needs of illegal aliens before Americans.

President Trump, however, is keeping true to his America First agenda by putting Americans before illegal aliens.