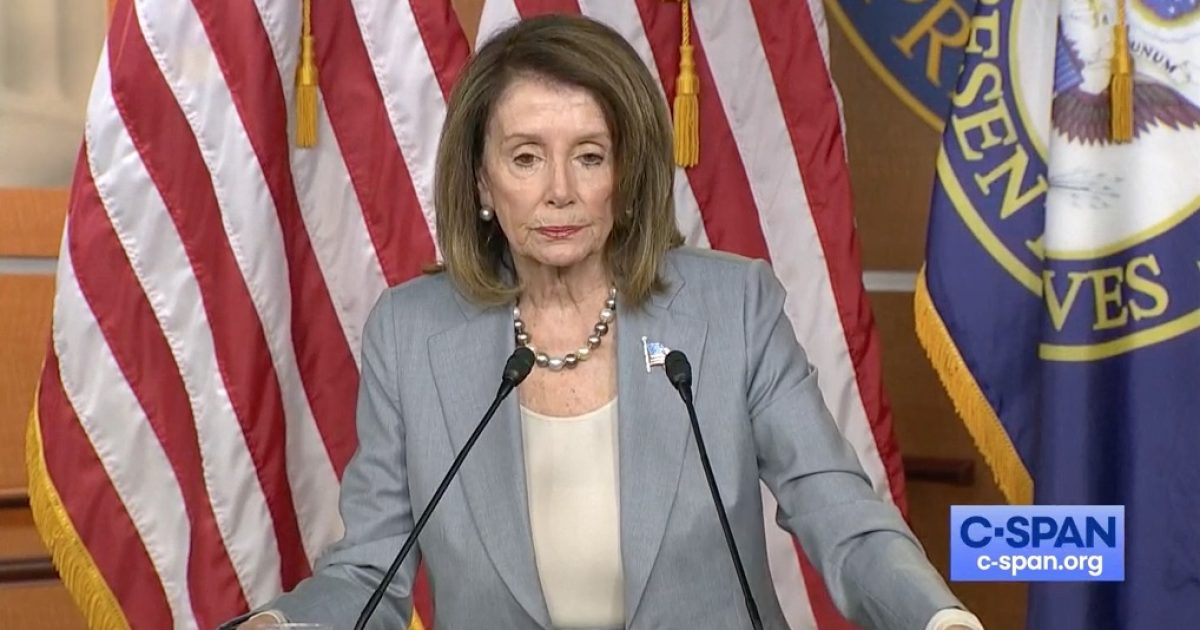 Politico reports Pelosi made the comment in a meeting with House Democrats, including House Judiciary Chairman Jerry Nadler who wants the president impeached.

According to the article, Pelosi also wants President Trump impeached but she thinks the timing is wrong to pursue the action to remove the president from office.

Nervous Nancy Pelosi is a disgrace to herself and her family for having made such a disgusting statement, especially since I was with foreign leaders overseas. There is no evidence for such a thing to have been said. Nervous Nancy & Dems are getting Zero work done in Congress….

President Trump also sharply criticized Pelosi during an interview on Fox News in response to her prison comment about the president.

I think she’s a disgrace. I actually don’t think she’s a talented person, I’ve tried to be nice to her because I would have liked to have gotten some deals done. She’s incapable of doing deals, she’s a nasty, vindictive, horrible person, the Mueller report came out, it was a disaster for them.

Sean Hannity on Fox tonight, without any hint of irony: "Based on no actual crimes, [Pelosi] wants a political opponent locked up in prison. Umm, that happens in banana republics. Beyond despicable behavior." pic.twitter.com/bZceCo4sIn

Pelosi is trying to block the growing momentum by Democrats who want to impeach President Trump and perhaps her prison remark was intended to mollify those who want to remove the president from office.

It’s going to be hard for Pelosi to slow down the impeachment talk among Democrats when she essentially called President Trump a criminal.

If the president is a criminal and belongs behind bars, according to Pelosi, why would you want him to remain as president?