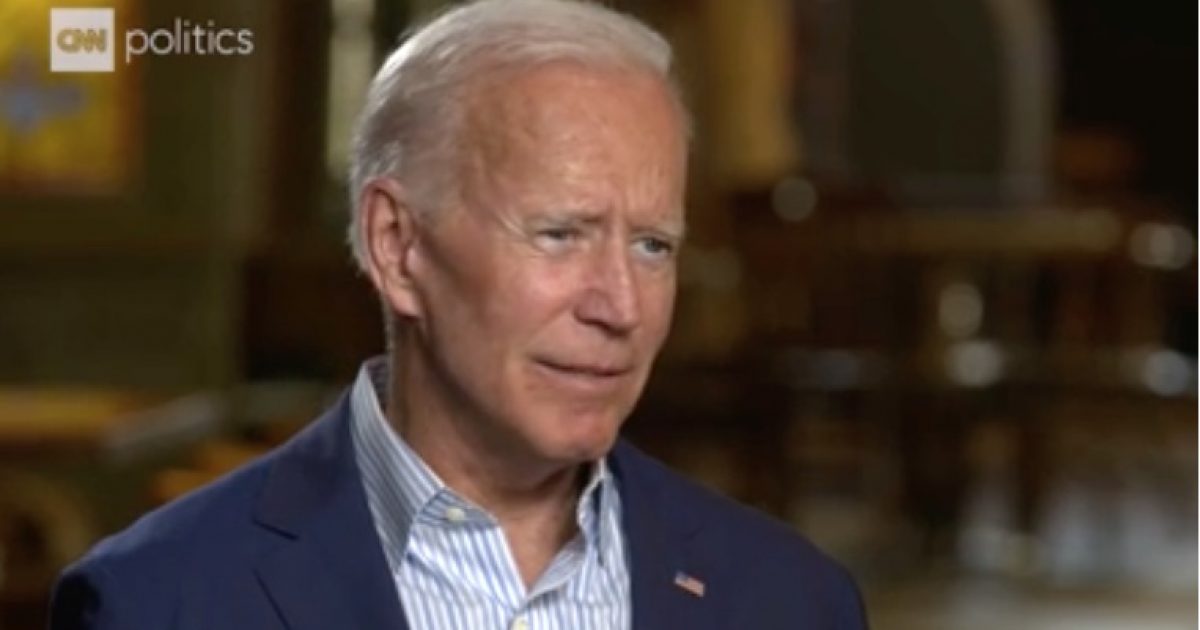 2020 presidential candidate Joe Biden called President Trump a bully and added he would “…smack him in the mouth.”

Biden made his comments during an interview on CNN.

The story notes Biden also separating himself from Representative Alexandria Ocasio-Cortez (D-NY). While he referred to the freshman representative as “a brilliant, bright woman,” he suggested her views are too extreme to win a national election.

Ocasio-Cortez is also not keen on Biden becoming the Democrat nominee for president.

In a Vogue interview at the end of June, she downplayed the importance of reaching the blue-collar vote and said Biden would not turnout Democrat voters.

“If you pick the perfect candidate like Joe Biden to win that guy in the diner, the cost will make you lose because you will depress turnout as well. And that’s exactly what happened to 2016. We picked the logically fitting candidate, but that candidate did not inspire the turnout that we needed.”

After his terrible debate performance and a big drop in the polls, Biden is trying to recover by playing tough guy.