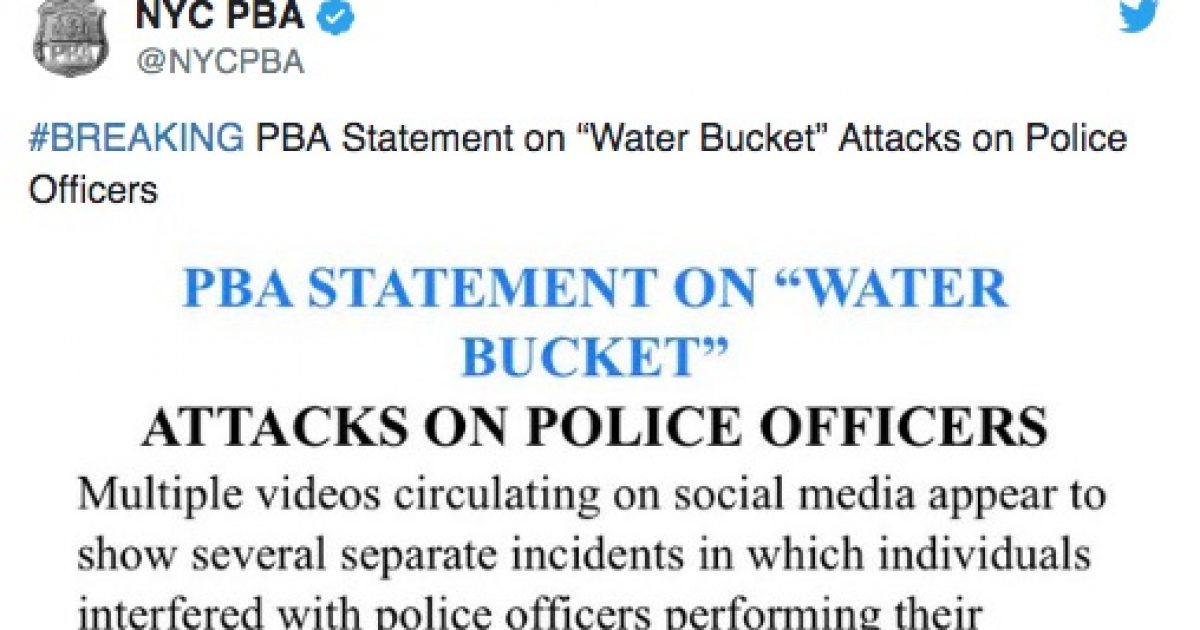 Earlier this week, New York police officers were attacked by a lawless mob with buckets of water.

The incident was caught on video as the officers were making an arrest.

#RespectThePolice This #hit has to STOP! NYPD searching for suspects after officers doused with water in Harlem. pic.twitter.com/0LyQSqbydM

To the young NYPD cops out there, ignore your bosses, take the rip, but protect yourselves.

If you let the thugs disrespect you, you’ll never get that respect back on the street. It’s life threatening dangerous.

We love our Law Enforcement Officers all around this great Country. What took place in NYC with water being tossed on NYPD officers was a total disgrace. It is time for @NYCMayor @BilldeBlasio to STAND UP for those who protect our lives and serve us all so well…

Since the attacks, several arrests were made.

The NYPD has busted three men, including a reputed Crips gang member on probation, in connection with the caught-on-video water-dousing of cops in Harlem and Brooklyn, law enforcement sources told The Post on Wednesday.

Today its water but the next potential attacks against police officers could be much more serious.