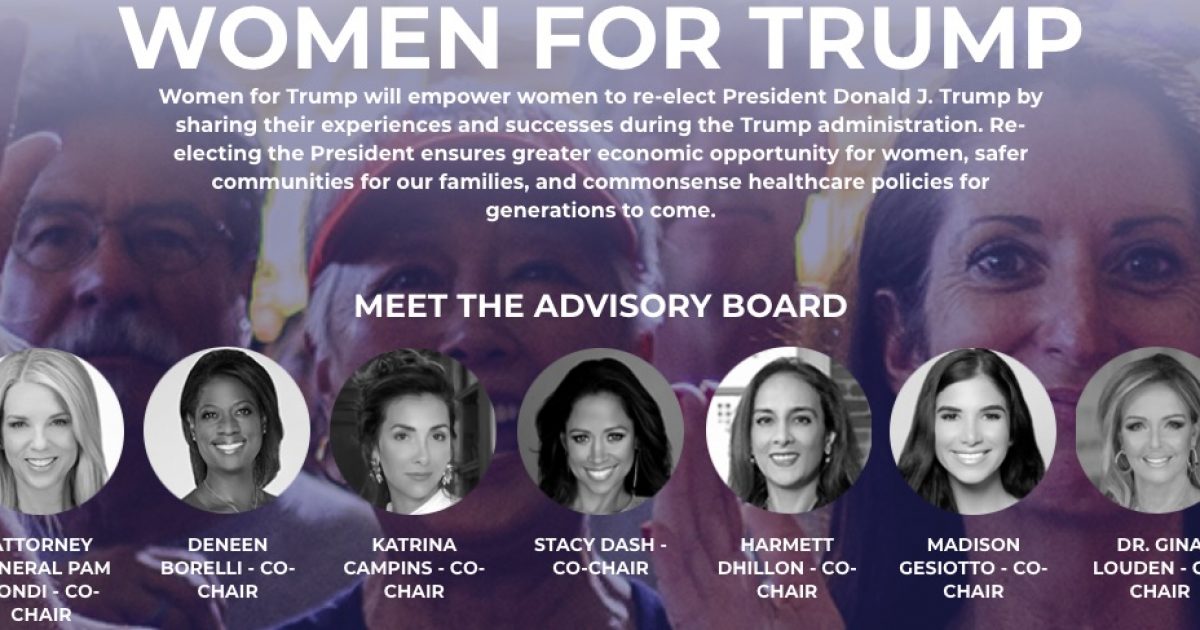 Deneen Borelli was appointed Co-Chair on the Women for Trump Coalition, which launched on Tuesday during an event attended by over 1,000 women in King of Prussia, Pennsylvania.

The coalition, headed by Lara Trump, will recruit women from around the country to empower them with the necessary tools to re-elect President Trump.

Borelli is “thrilled” to be a part of the coalition and is looking forward to working with women who love America and want to play a vital role in the 2020 presidential election.

“I’m thrilled to serve as Co-Chair on the Women for Trump Coalition,” Deneen Borelli told Breitbart News’s Kyle Morris. “The coalition is comprised of amazing women from all walks of life who love our country and want to ensure freedom, safety and economic prosperity today and for the future by re-electing President Trump.”

The kickoff event was well attended by women of all ages and backgrounds.

This crowd is bigger than the Democrat candidates rallies! pic.twitter.com/yPYlXWqaW9

For more information about the Women for Trump Coalition visit the website here.