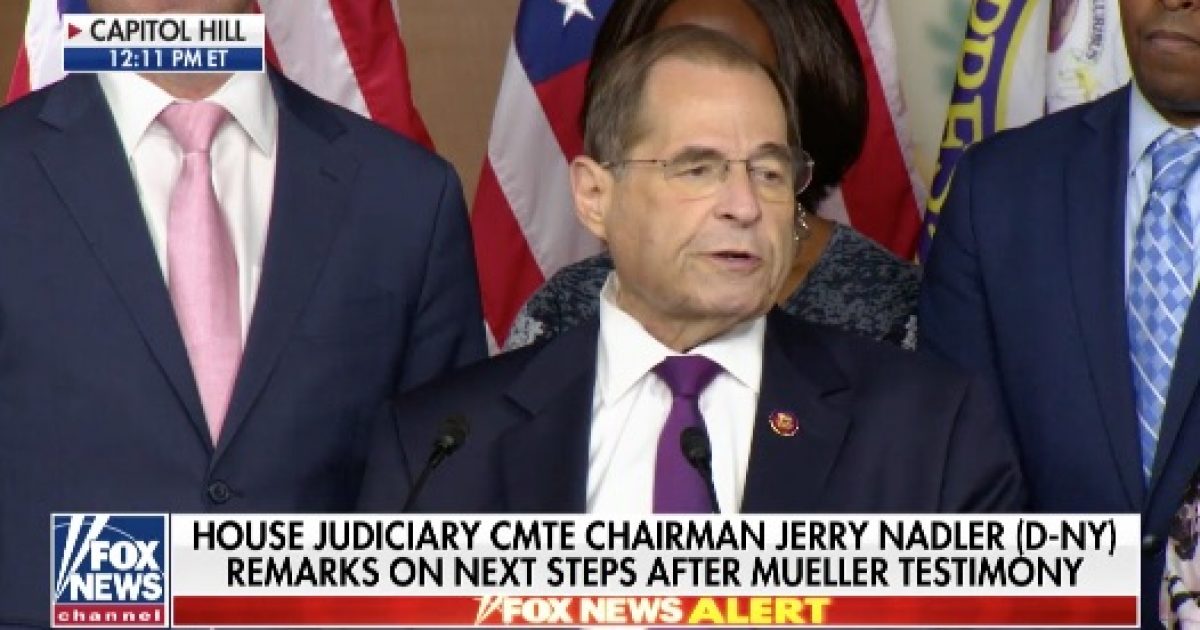 The political fallout of former Special Counsel Robert Mueller’s testimony continues to roll across the country.

Mueller testified this week before the House Judiciary and Intelligence Committees on his report based on his investigation of alleged collusion between Trump associates and Russia during the 2016 presidential election.

Democrats and the anti-Trump media had high expectations from Mueller.

Ironically, Mueller turned out to be a horrible witness for his own report.

While his performance was widely criticized, calls to impeach President Trump are still moving forward after Mueller’s testimony.

Democrats on the House Judiciary Committee said Friday they are proceeding with what they called an “impeachment investigation,” as they insisted former Special Counsel Robert Mueller delivered damning testimony against President Trump in this week’s hearing despite concerns from many on the left that his appearance was faltering and broke little new ground.

House Judiciary Committee Chair New York Representative Jerry Nadler announced a petition would be filed by the committee on Friday for the grand jury materials, saying, “The House must have access to all evidence.”

Like other Democrats who also have endorsed an impeachment inquiry, Clark said that it should be the path forward given the Trump administration’s general refusal to cooperate with their investigations.

“I deeply respect the committee work of House Democrats to hold the President accountable, including hearings, subpoenas and lawsuits. All of our efforts to put the facts before the American people, however, have been met with unprecedented stonewalling and obstruction.”

The anti-Trump media is also backing the effort to conduct more investigations.

However, House Speaker Nancy Pelosi is not yet supporting the impeachment movement.

As she has for months, Pelosi argued to her colleagues that the “slow, methodical approach” employed by House Democrats is the right way to move forward, despite the fact that more than 90 of her members have now called for an impeachment inquiry to begin.

Now, Congress is in recess for six weeks.

House Democrats are making it clear they have no intentions on backing off impeaching President Trump, however, their actions could backfire as we approach the 2020 presidential election.